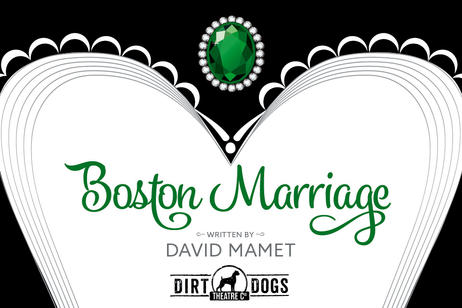 Women of fashion meet Wildean wit in this wickedly funny comedy, set in the early 20th Century. Anna has received an enormous emerald from her married lover, as well as a stipend with which she intends to woo her longtime companion, Claire. But Claire is infatuated with a respectable young lady and wants to enlist the jealous Anna's help for a rendezvous. When Claire's young inamorata appears, it sets off a crisis that puts both the valuable emerald and the women's futures at risk. END_OF_DOCUMENT_TOKEN_TO_BE_REPLACED

Seating is general admission (open seating). The theater will open approximately 30 minutes before the performance begins.

Unclaimed seats will be released at show time to anyone on a standby list.

There will be a talkback following this performance.

The estimated run time is 2 hours with 1 intermission.

This performance is suitable for age 15 and up.