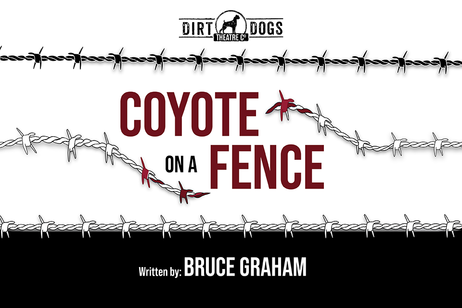 Coyote on a Fence

Illiterate yet affable, Bobby Reyburn loves to do impressions and watch soap operas. He’s also a member of the Aryan nation sitting on death row, convicted of an unimaginable hate crime. John Brennan is an articulate, well-educated convict and editor of the prison newspaper, The Death Row Advocate. Following executions, John publishes obituaries that tell the stories of the executed but never mentions the crimes committed. John's writing draws national attention and the interest of a journalist who wants to do a story about him. As each awaits his final fate under the watchful eye of their female guard, they confront, comfort, and change each other. Inspired by the story of a real-life Texas death row inmate, Coyote on a Fence explores the questions: Can one be redeemed in the final hours of life? Is everyone redeemable even if they aren’t seeking redemption? END_OF_DOCUMENT_TOKEN_TO_BE_REPLACED