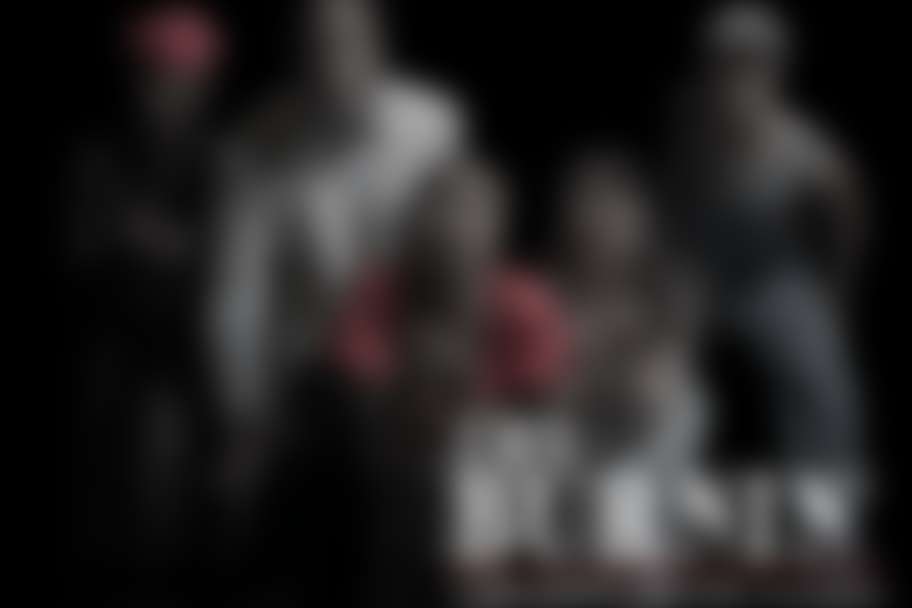 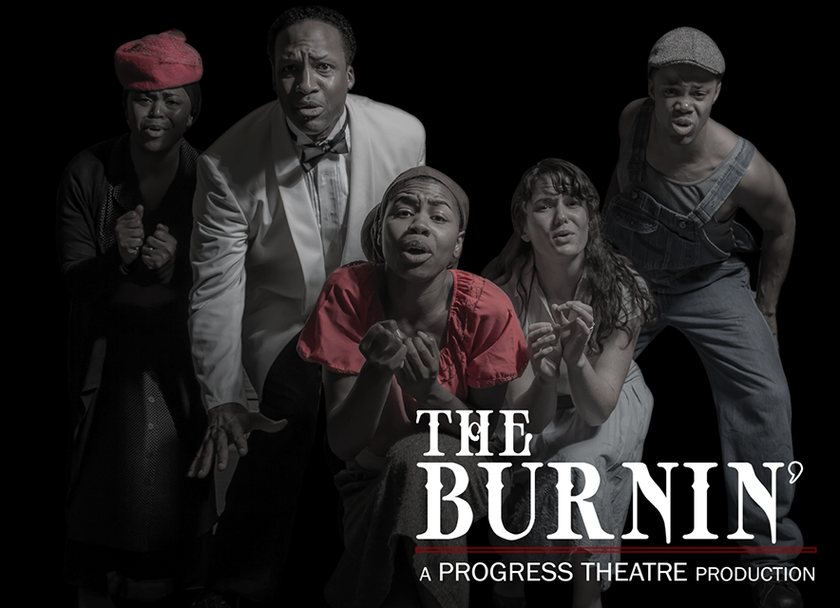 It’s 1940 in the fictional City of Antebellum. As the African American community prepares for the return of hometown hero Band Man, scheduled to play at the local juke, the White American community organizes it’s Annual Pilgrimage Pageant; a celebration of Southern hierarchy as it was “Before the War.” Fast forward 75 years and post-Great Migration, urban residents in the metropolis of Sittay gather to critique the policies and politics behind contemporary headlines at a spoken word/hip hop spot. When disaster strikes in both spaces and places, all involved are forced to examine the meaning of community, agency and identity in the blink of an eye. As history repeats itself, The Burnin’ straddles time between these two worlds, examining the possibility that the more things change, the more they stay the same.

The Burnin’ is a "Neo-Spiritual" (an a'capella musical) inspired by two major U.S. nightclub tragedies; the Rhythm Night Club Fire of Natchez, MI (1940) and the E2 Club Stampede of Chicago, IL (2003). Through fictionalized locales, The Burnin’ charts sociopolitical consistencies before, during and after both disasters. Following a group of clubgoers through catastrophe to assess complex intersections of race, gender and community during times of trauma and survival, the piece not only questions a multitude of stereotypes, it actively answers and dis-assembles them. Weaving dialogue and original song (from the Blues to spoken word and hip-hop), The Burnin’ traces how we receive and redefine legacies of identity to accommodate our contemporary realities. Re-imagining and re-examining these American tragedies, The Burnin’ invites audiences to look deeper into personal and communal definitions of freedom, empowerment and the course of “progress” we all have the power to chart.

The Burnin’ is made possible with funding by the New England Foundation for the Arts’ (NEFA) National Theater Project, with lead funding from The Andrew W. Mellon Foundation and by the National Performance Network (NPN) Creation Fund Grant, co-commissioned by Junebug Productions in partnership with Hartford Stage. The Creation Fund is supported by the Doris Duke Charitable Foundation, Ford Foundation, and the National Endowment for the Arts. Additional funding for The Burnin', provided by Hi-ARTS (Producers of the Hip-Hop Theater Festival), Alternate ROOTS and the Network of Ensemble Theaters (NET).

Founded by Houston native, Cristal Chanelle Truscott, Progress Theatre [PT] is a nationally and internationally-touring ensemble committed to using theatre as anti-racism engagement to encourage social consciousness, cross-community dialogue, healing and cultural awareness. Since 2000, PT has toured dynamic, original performances which Cristal has branded, Neo-Spirituals--a’capella musicals with a fusion of styles from Negro Spirituals to the Blues, Jazz, NeoSoul, R&B, hip-hop and spoken word. PT considers all of our initiatives as community-engaged, community-invested and community-necessitated. We are, at once, performers/creators of ensemble-driven theatre works, presenters and supporters of artists who share our mission and creative collaborators with the communities we serve. By engaging various communities onstage and off, PT strives to change the make-up of average theatergoers, encouraging audiences diverse in race, age/generation and spiritual background. The dream and intention of PT’s work is to explore the most compelling, honest, unflinching ways of approaching questions of humanity, and the social concerns and insights of our times inclusive of race, class, gender and spiritual identity— in the service of unity through diversity, cross-community healing and understanding. To learn more, visit: www.ProgressTheatre.com.