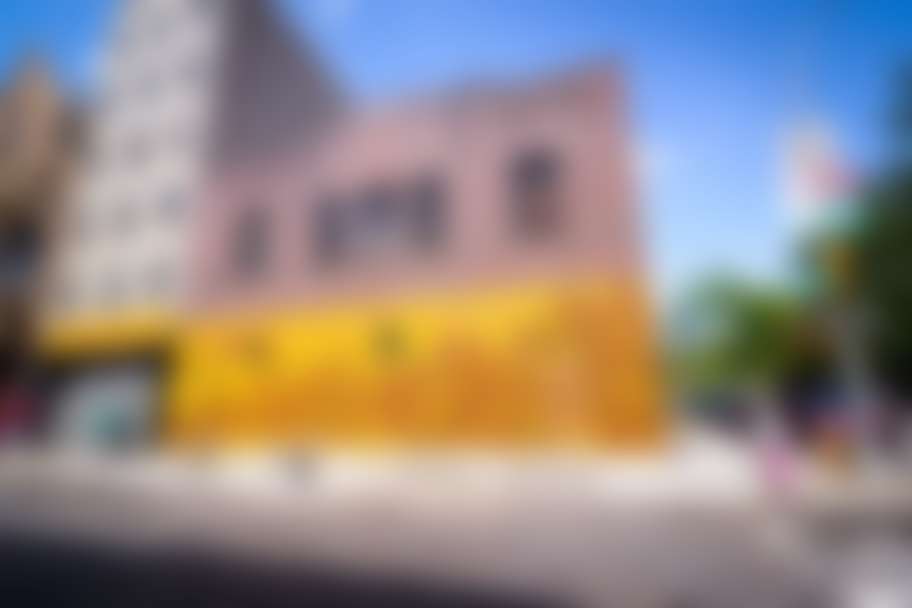 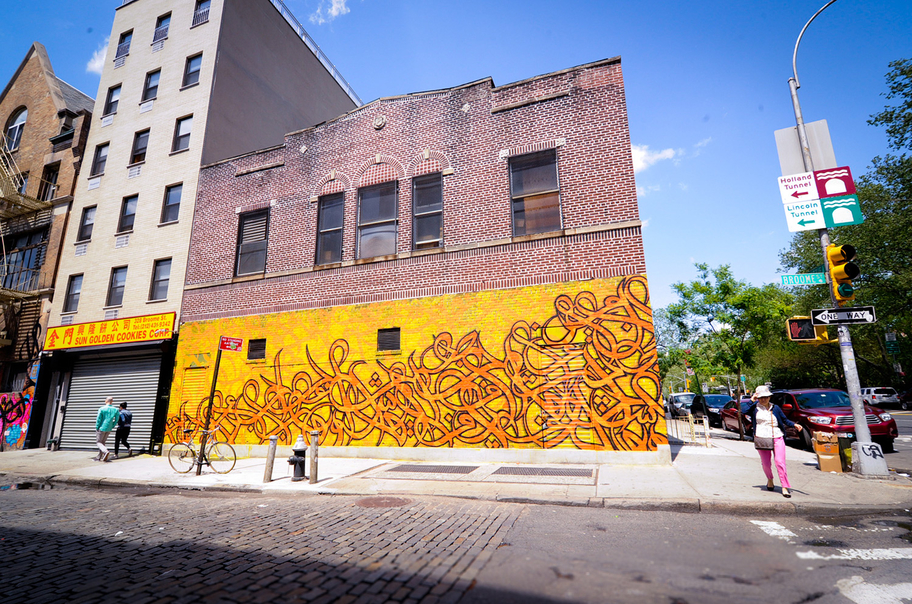 NOTE: eL Seed will be creating a public painting on the Unversity of Houston campus April 13 to 15, during CounterCurrent. We will ceebrate the culmination of his work throughout the day on April 15th. Join us between 11 AM to 1 PM or between 5 PM to 7 PM to witness this new spectacle.

PARKING + DIRECTIONS: Enter the UH campus off Cullen Blvd. and turn into Entrance 16. Park in Visitor Parking, and follow signs to the Social Work Buiding (3511 Cullen Boulevard). Get directions to the UH Campus HERE.

Writing messages is the essence of my artwork. Even Arabic-speaking people really need to focus a lot to decipher what I’m writing. You don’t need to know the meaning to feel the piece. I think that Arabic script touches your soul before it reaches your eyes. There is a beauty in it that you don’t need to translate.” – eL Seed

The celebrated “calligraffiti” artist, eL Seed, creates spectacular public paintings that blend the historic art of Arabic calligraphy and the modern art of graffiti. During CounterCurrent he will create an original, large-scale outdoor artwork on the University of Houston campus.

eL Seed has created dynamic public art works throughout the world using his signature style. His content often draws from phrases in poetry, using intricate composition to illustrate both the meaning and the movement of words. Working primarily with subjects that seem contradictory, eL Seed’s art reflects the reality of humankind and the world we live in today – a clashing of cultures, languages, and identities.

In CounterCurrent, the creation of his work will be a durational public event, inviting community members to celebrate the making of the painting as a time-based experience. While some structure is planned, much of the creativity happens in the moment: while he paints, the wall becomes like a window into the inspired artist’s mind as he enters a state of pure creative movement, transfixing in its fluidity.

eL Seed is a French-Tunisian street artist whose practice was born on the streets of Paris, and now adorns walls across every continent. By bringing the rich history of traditional Arabic calligraphy into the context of graffiti, urban culture, and politics, eL Seed establishes that art in the Arab world is continuing to grow in practice, style, breadth, and function. His art has been shown on the walls of many cities around the world including Paris, New York, Jeddah, and Melbourne.

In 2012, eL Seed completed his largest piece to date in the southern Tunisian city of Gabes, a forty-seven-meter-high minaret on the Jara mosque, spreading the message of unity. In 2013, he was commissioned by the Qatar Museums Authority to paint tunnels in Doha on Salwa Road. In 2015, eL Seed was named a TED Fellow, becoming a member of this network of innovators with the potential to positively change the world.

eL Seed is presented as part of the INTERSECTIONS initiative. INTERSECTIONS is a program of the University of Houston Cynthia Woods Mitchell Center for the Arts, which seeks to build bridges between visiting artists and Houston’s Muslim and non-Muslim residents, with a focus on the millennial population.