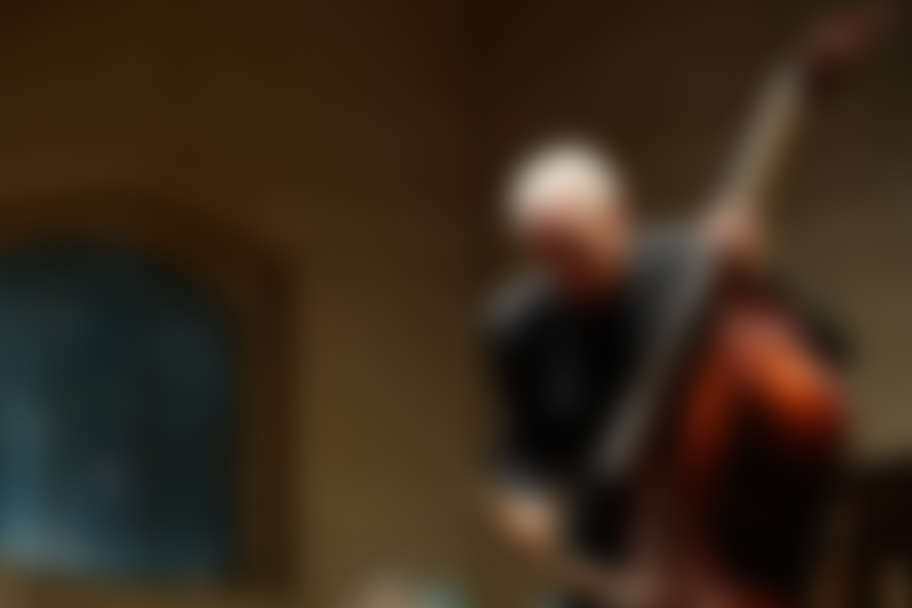 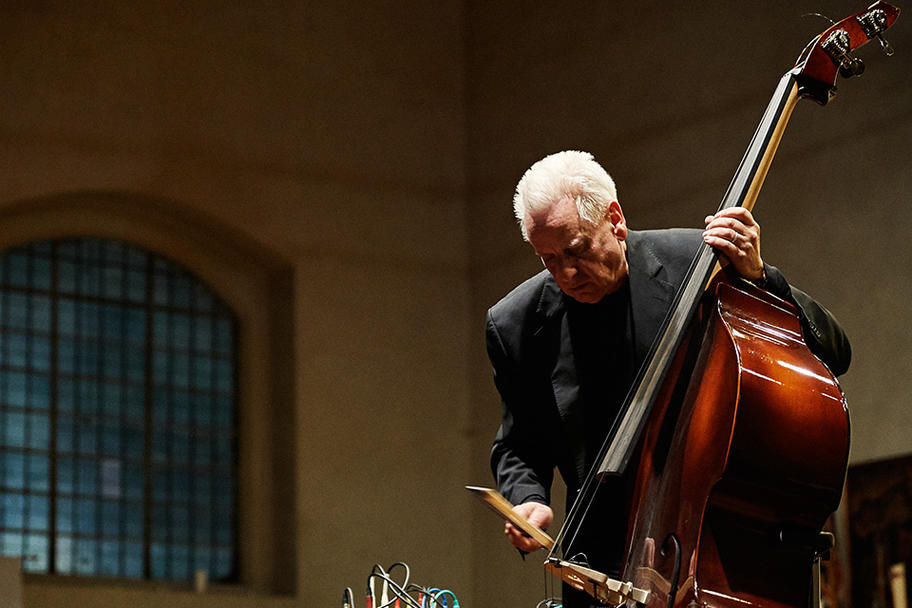 An interest in the physical characteristics of vibrations led Arnold Dreyblatt from video art to sound installation, and then to instrument building and music composition.

As a young New York City artist in the 1970’s, Dreyblatt was witness to a fertile environment for the merging of experimental visual arts and experimental music. Artists and composers were occupying the same venues, influencing each others’ work and venturing into interdisciplinary projects that sometimes blurred the lines between mediums. And though many current critics and curators make efforts to distinguish it as something different than music, experimental composers laid much of the groundwork of what is now called “sound art”. These composers included Pauline Oliveros, LaMonte Young and Alvin Lucier, all of who became Dreyblatt’s teachers as his work evolved from the visual to the sonic.

It was a concert of Lucier’s that sparked an important epiphany about the nature of sound waves, and how they touch and can be perceived. Dreyblatt realized that "musicians were really just comparing frequencies in their heads and that instrument builders had preserved this knowledge which was no longer conscious for musicians." This understanding of frequencies (as opposed to “pitch,” a code of musical language) opened up the world of sound for him. "I had been made keenly aware of the relationship between slow frequencies of sound waves and those really high bandwidths of the electromagnetic spectrum. What was important for me was that it was all about waves. So I was hooked, and dived into sound, and eventually music."

In the late 1974, he abandoned his work with electronic images and began making electro-acoustic sound installations instead. "But my interest slowly developed in the direction of a more traditional model of music performance. I had acquired an elementary level of training in Western and various non-western musics in the search for a language which would be useful to me in realizing my ideas. I looked to a physical description of sound, a definition in acoustic terms."

In 1978, installation work evolved into the construction and modification of string instruments, with an interest in isolating their overtones in order to make them more audible. His ongoing project, The Orchestra of Excited Strings was formed, and the music that emerged would become a part of what came to be known as “the second wave of minimalism.”

Since the early 1980’s, Dreyblatt has resided in Germany. He is currently Professor of Media Art at the Muthesius Academy of Art and Design in Kiel. He continues to work as both a composer and visual artist.

His program in Houston will include three compositions, employing acoustic, amplified and electronic sources:

In the late 1970’s, Dreyblatt began developing a modified double bass prepared with unwound music wire, in order to excite its higher overtones. Over time, he developed a repertoire of isolated percussive and bowed attacks, which evolved into a continuous rhythmic technique in which he could excite chords of overtones above the fundamental frequency. This technique is a combination of bowing and striking, in which a short portion of the bow is brought into contact with the string in a forward and backward motion.

This is a new composition for “excited strings” bass and laptop. Bowed open strings and harmonics are performed against the resonance of magnetically vibrating wires and tuned sine waves in a multi-layered textured drone composition.

Magnetom is the second live performance work Dreyblatt has created from a palette of acoustic signals and patterns derived from a recording project involving a Magnetic Resonance Imaging Scanner (specifically, the Siemens Magnetom Symphony Maestro Class) in the Martin-Luther-Hospital in Berlin, Germany. Dreyblatt understands this device as a giant Tesla coil, in which the alignment and resonances of a powerful magnetic field are gradually altered by rotating radio frequencies. Under Dreyblatt’s direction, Siemens technicians operated the machine especially for these recordings, searching for software settings generating a desired sonic output rather than as an apparatus for scanning particular body areas, as this machine is normally used. The audio segments were analyzed, deconstructed and grouped as by pitch, rhythm and density. For the resulting composition, these files have been combined and fused; yet they have not been digitally treated or altered in any way. The recordings were originally utilized as the acoustic element of the audio-visual installation “Turntable History” which was installed at the Singuhr Gallery in Berlin in 2009.