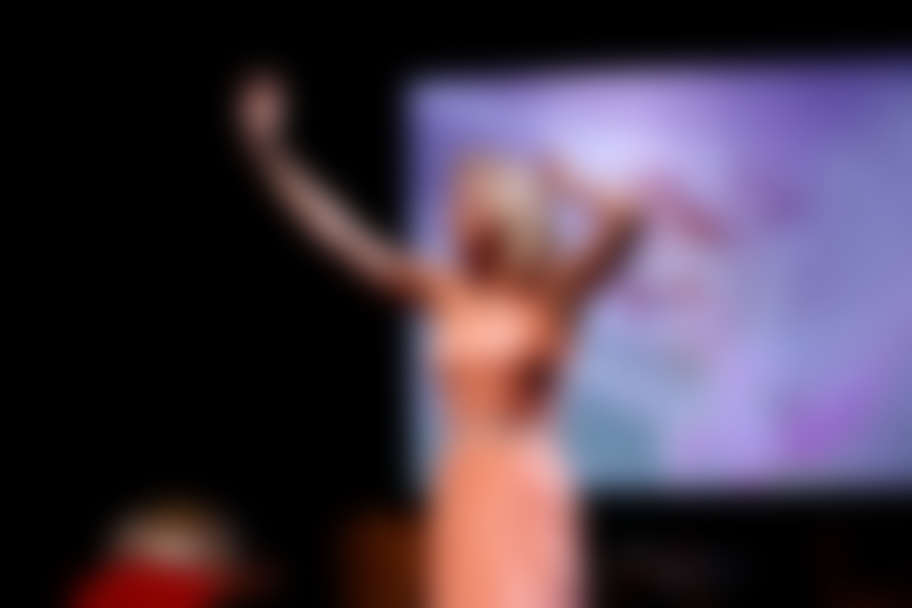 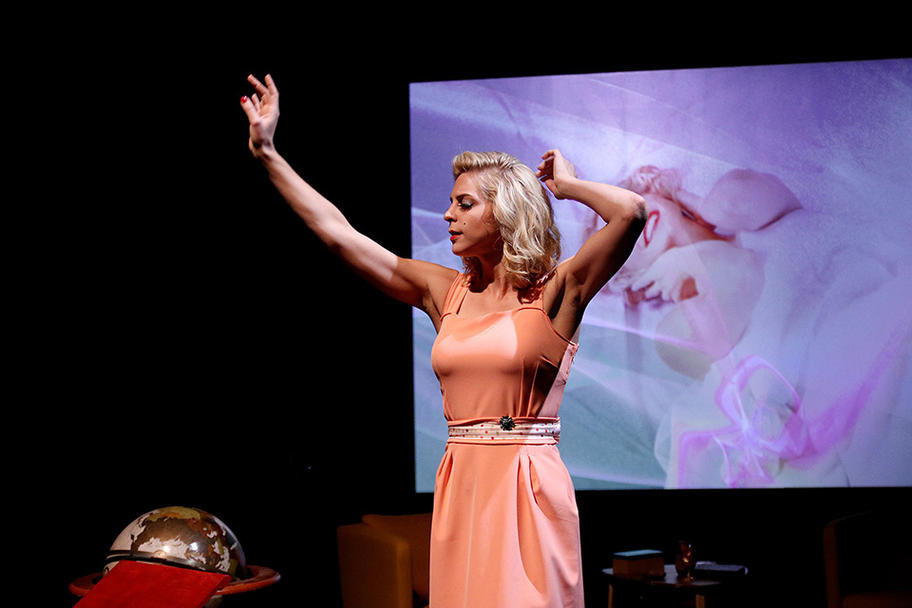 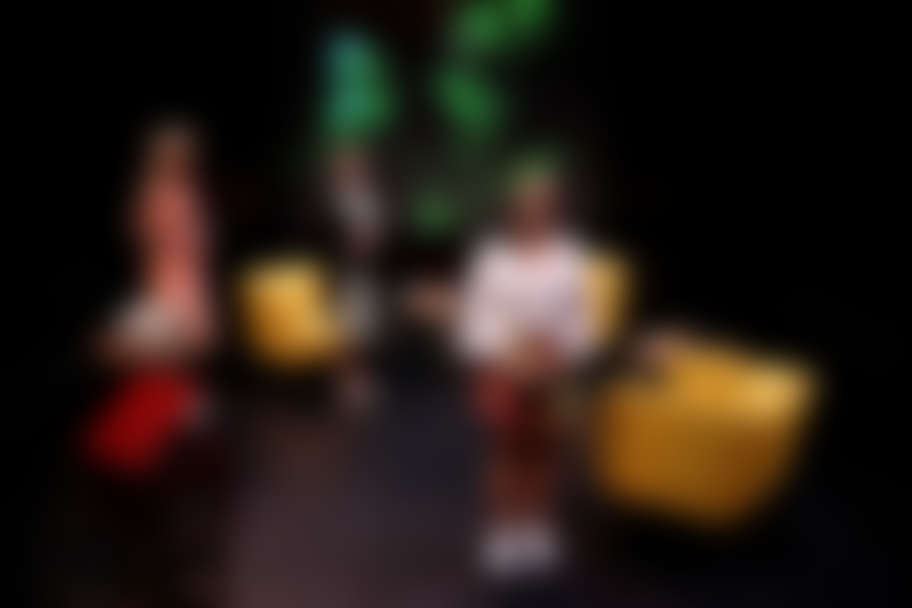 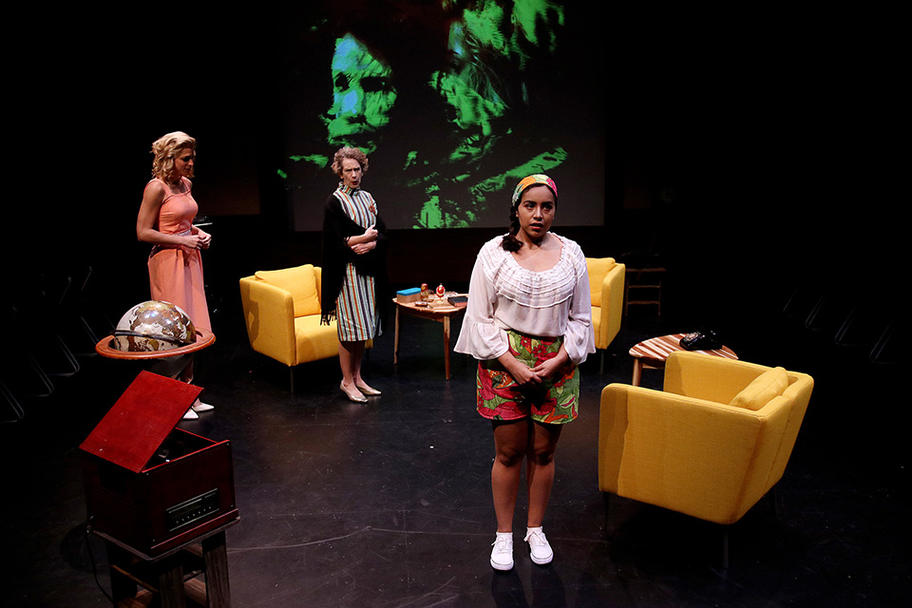 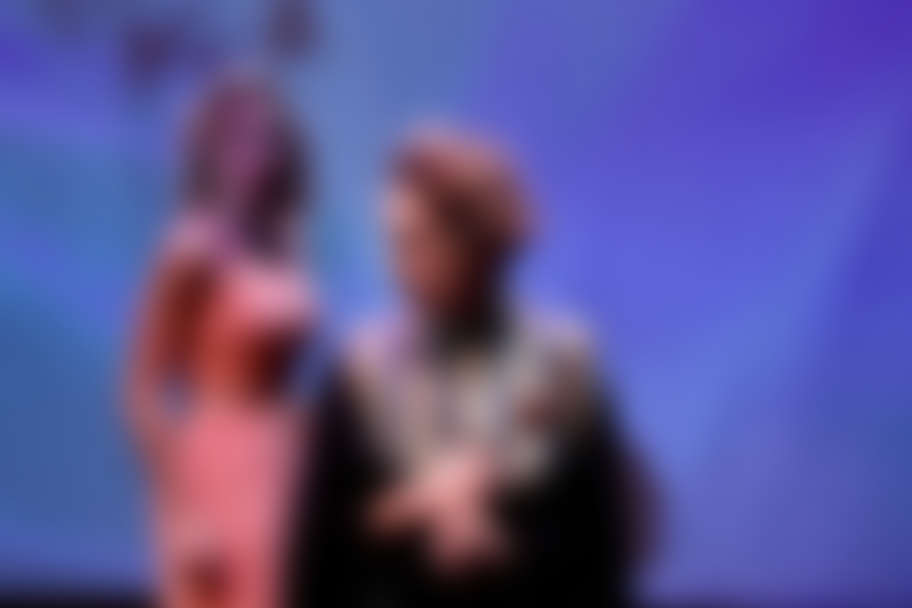 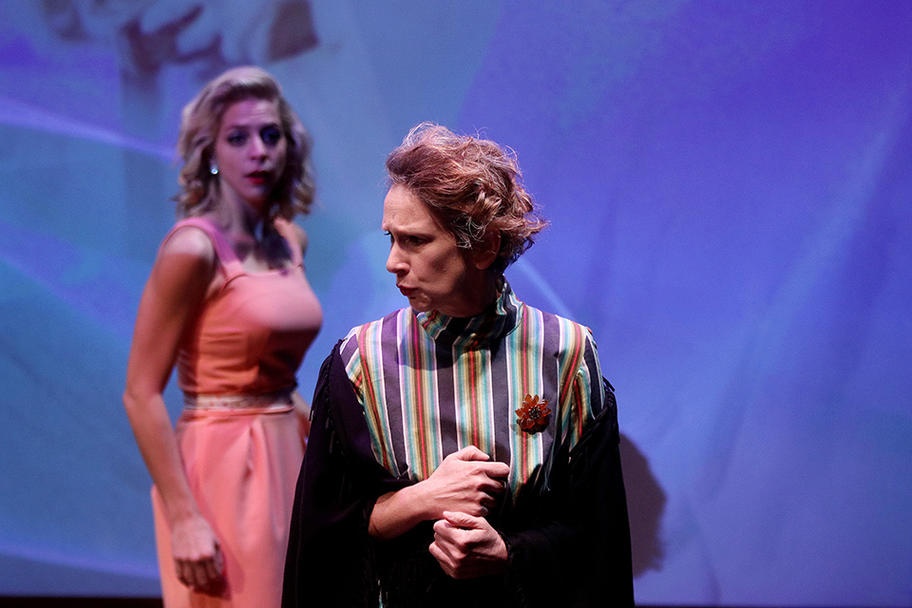 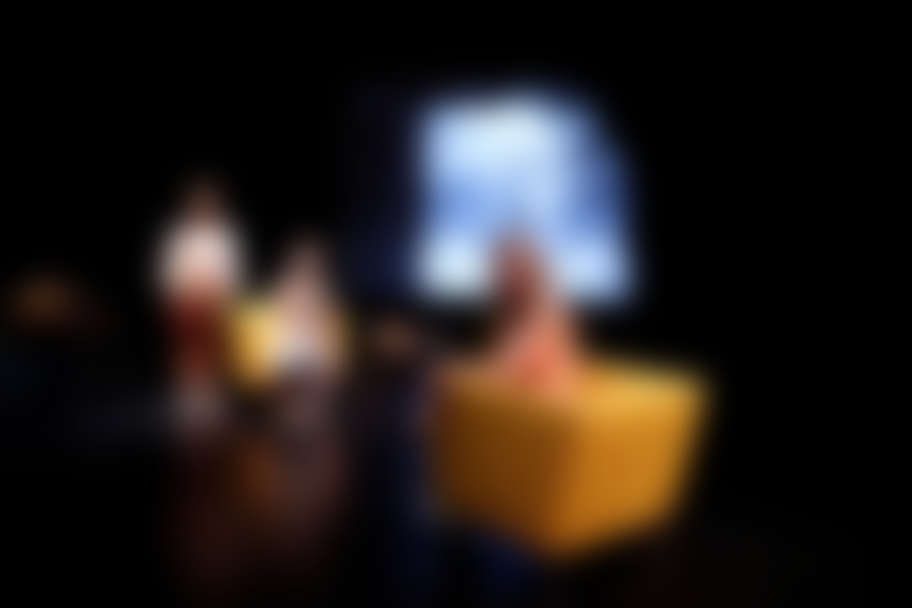 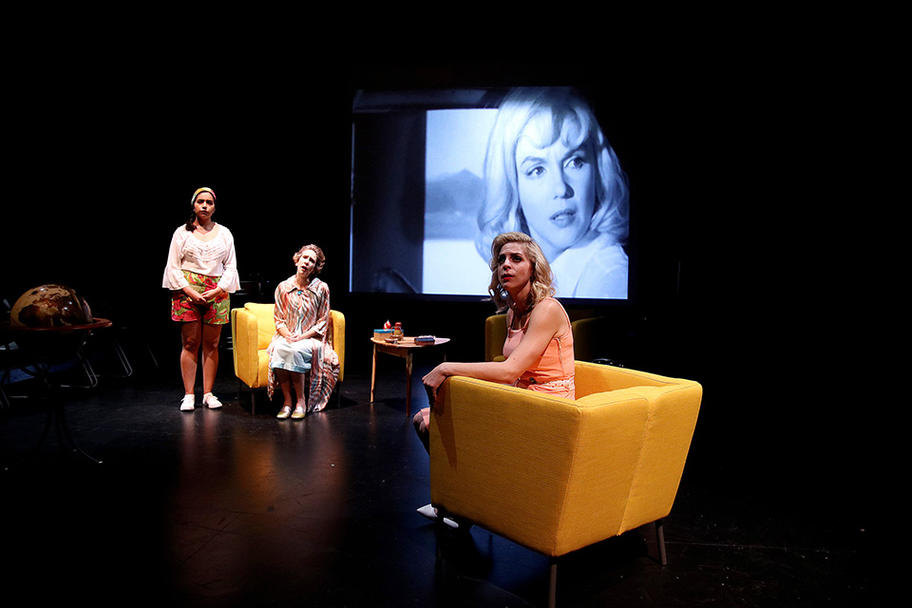 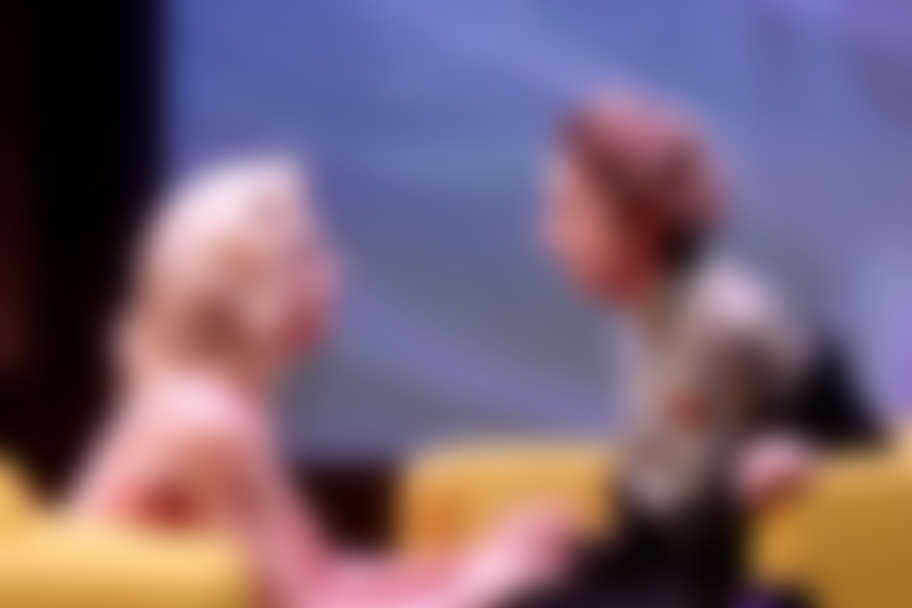 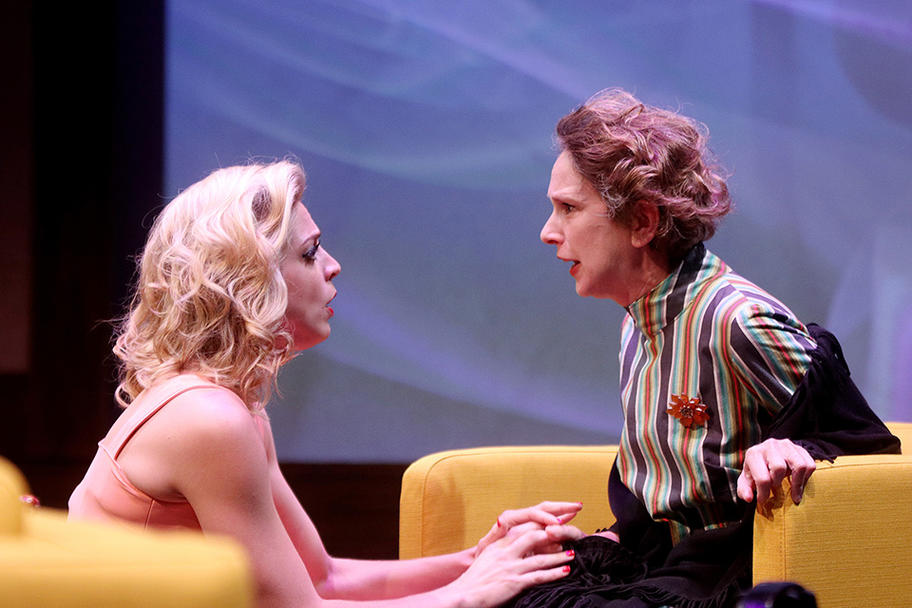 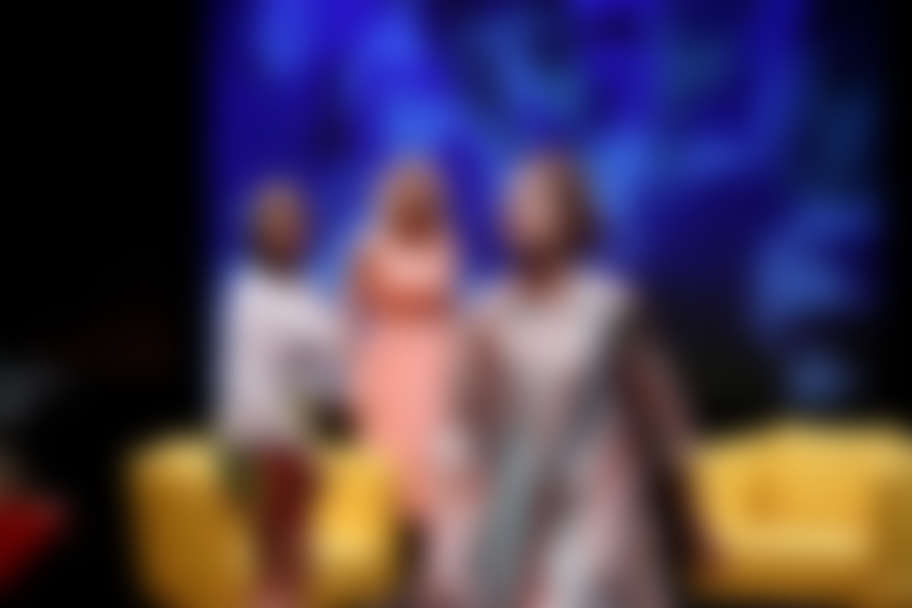 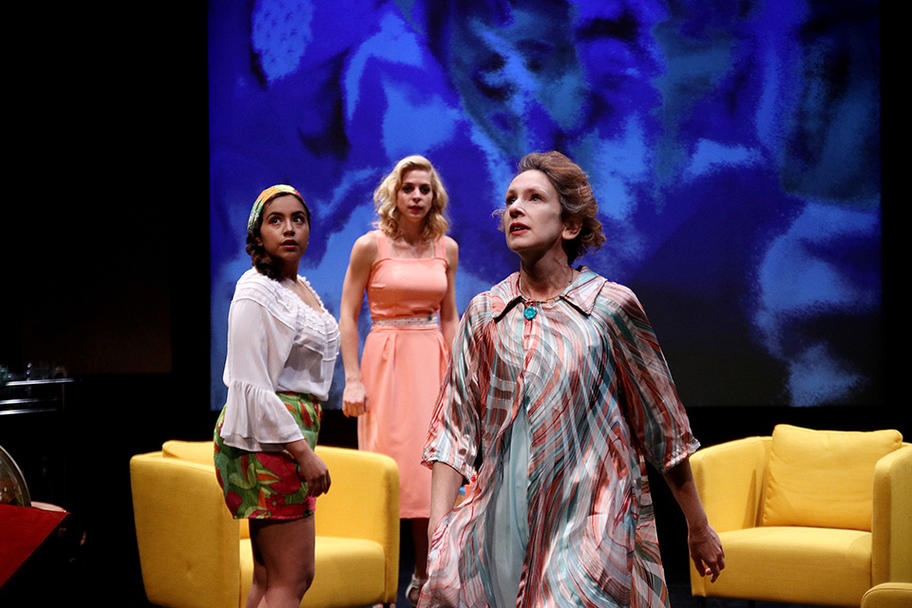 The Real Mother of Marilyn Monroe

Staging the story of one of the most iconic figures and myths of the twentieth century, a few days before her death in the summer 1962, this brilliant psychological thriller gives voice to the cathartic confrontation between Marilyn Monroe and her aging mother Gladys Baker in a life-or-death scenario. As secrets are revealed and the characters transform, Marilyn's public identity gives way to an identity crisis of “misfit” vs.“superstar” that resonates deeply with today’s contemporary media- driven culture and many of our fears as a society. The play often touches on important social issues and women's’ sexuality, even if it means damaging the already fractured relationship between mother and daughter. It is then that we begin to wonder, though things are not always what they appear to be, who was the real mother of Marilyn Monroe?

Writer Anne Fleche reflects on the play saying: “The relation of film to theatre here exemplifies Rosa’s creative use of the borrowed quality of myth – it’s layered identities that resonate in the culture, underwriting belief, and provoking a polysemy of identity that approaches the paranoiac. (…) Rosa’s theatre is a theatre of transformation, regeneration.” Marvin Carlson, one of the greatest theatre theorists of our time comments Rosa’s work in his writings about theatre and American subjects: “The plays of Armando Nascimento Rosa have covered a remarkable range of subject matter (…), they have always featured richly drawn characters and a creative originality that approaches even familiar figures of history and legend from fascinating and unexpected new directions.”

Armando Nascimento Rosa is one of Portugal’s most successful 21st century playwrights and the recipient of a number of prestigious European awards, including the Ribeiro da Fonte Revelation Theatre Prize, Albufeira Drama Prize, and Bernardo Santareno National Theatre Award. Global productions and staged readings of his plays have been held in Barcelona, London, Madrid, Milan, Rio de Janeiro, Zurich and on stages in the USA, Including NYC, Chicago, and New Orleans.

He will be joining us from Portugal for the American premiere of The Real Mother of Marilyn Monroe. We will be holding talk backs and other exciting events with Armando so that audiences will have many opportunities to engage with our international theatre community. Luciole International Theatre Company could not be more thrilled for this project and expect that Houston will be surprised with the ride Armando takes us on in "The Real Mother of Marilyn Monroe".

After Shows at Boheme on Fairview St - Join the playwright and the creative team as they relax and have a drink!