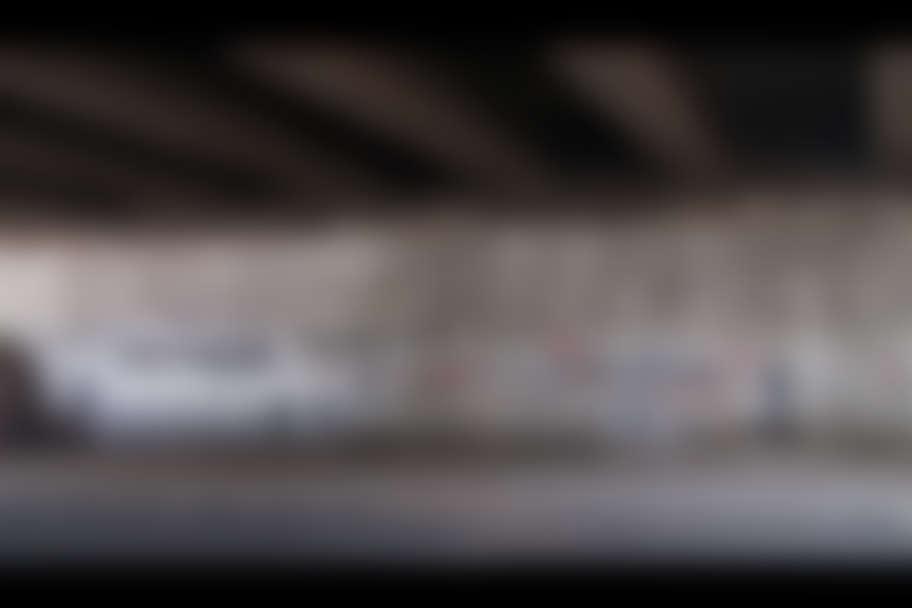 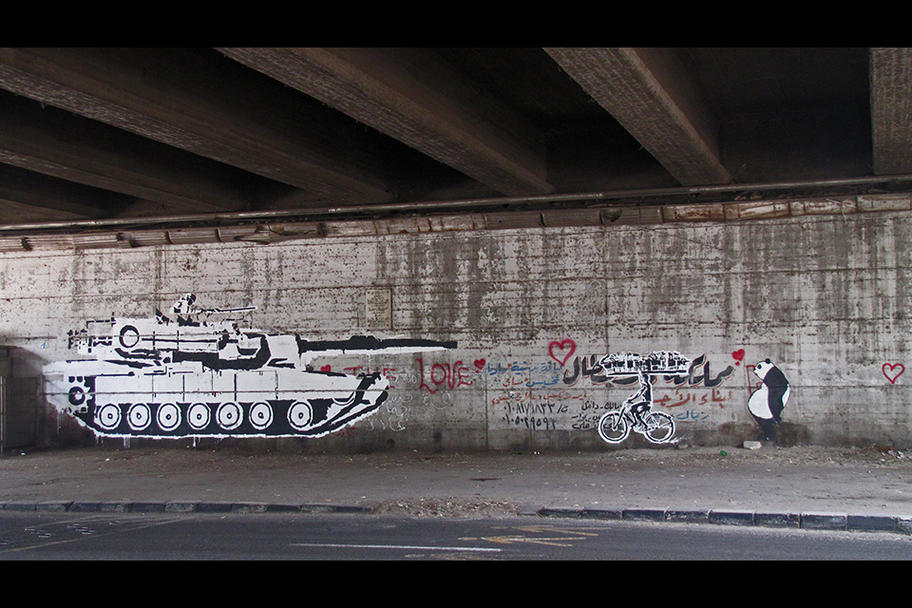 "Make Art, Not War" has become a cliché sentiment, perhaps to the point of losing its meaning. But, artist Ganzeer asks, is there something to it? Is it at all possible that art represents antitheses to a culture of warfare that has dominated humanity since the beginning of our time?

Perpetu-War is a speculative public art project that alludes to a post-war world wherein artists and their actions occupy the cultural importance and impact often associated with war heroes. Ganzeer's installation interrogates Houston's relationship to the military-energy-industrial complex, highlighting the city's complex histories of arms manufacturing and distribution. Specifically, the installation is staged on the Buffalo Bayou near the location of a former tank manufacturing center and shipping warehouse.

Ganzeer is a multidisciplinary artist who works seamlessly between art, design, and storytelling. Called a “chameleon” in the New York Times, his work has stirred trouble in art galleries, alleyways, and museums around the world, such as the Brooklyn Museum in New York, the Palace of the Arts in Cairo, Greek State Museum in Thessaloniki, the V&A in London, and the Edith Russ Haus in Oldenburg. His current major projects include a short story collection titled TIMES NEW HUMAN, and a sci-fi graphic novel titled THE SOLAR GRID, which earned him a Global Thinker Award from Foreign Policy in 2016.

Perpetu-War was developed through a joint residency with the Center for Energy and Environmental Research in the Human Sciences (CENHS) at Rice University. The project is further supported by the Buffalo Bayou Partnership.

Parking is available at Tony Marron Park. The artwork is on the waterfront of the Buffalo Bayou, a short walk from the parking area. Comfortable shoes are advised.