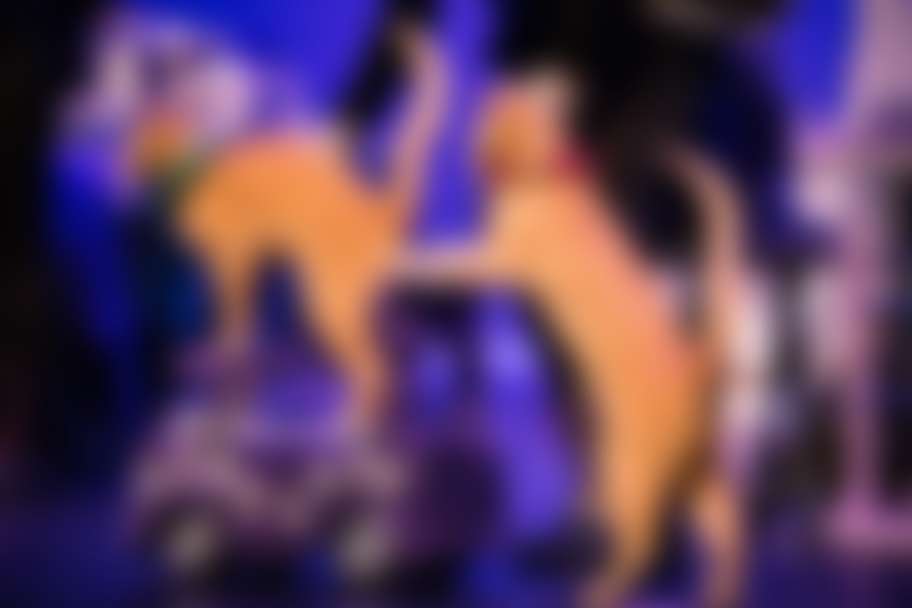 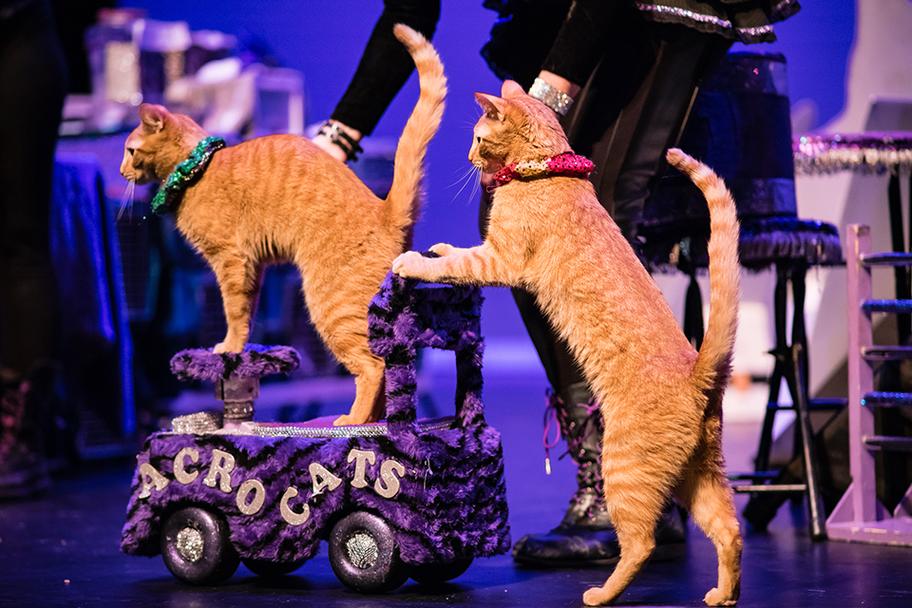 The Amazing Acro-cats Featuring Tuna and the Rock Cats!

The Amazing Acro-cats Featuring Tuna and the Rock Cats are a troupe of rescued house cats. This one-of-a-kind,  two hour long purrformance features talented felines roll on balls, ride skateboards, jump through hoops, and more! The finale is the only all-cat band in the entire world - Tuna and the Rock Cats! The current band lineup features St. Clawed on guitar, Bowie on drums, Nue on keyboard, and NOW some brand new members: Ahi on woodblocks and Albacore on cowbell, Roux on trumpet, and Oz on Saxophone. There is even a chicken - Cluck Norris - rockin’ the tambourine!

“I can die happy now!” an audience member has claimed after seeing the band.

It all started with Chief Executive Human (or CEH for short) and cat lover Samantha Martin. Training animals at a young age, she knew instantly she would be working with animals for the rest of her life. By founding Rock Cats Rescue, the real reason behind having a traveling animal show, she has saved the lives of over 260 cats and kittens. Using the magic of clicker training, Samantha (and a few other humans) travel with over 20 cats and kittens all across the United States, educating and entertaining audiences that cats actually can be trained while she tenaciously continues to save the lives of cats and kittens through rescue, foster, and adoption.Featured on Netflix docu-series Cat People, Tuna and the Rock Cats have also appeared alongside Stephen Colbert on his late night show, as well as PBS and Animal Planet!