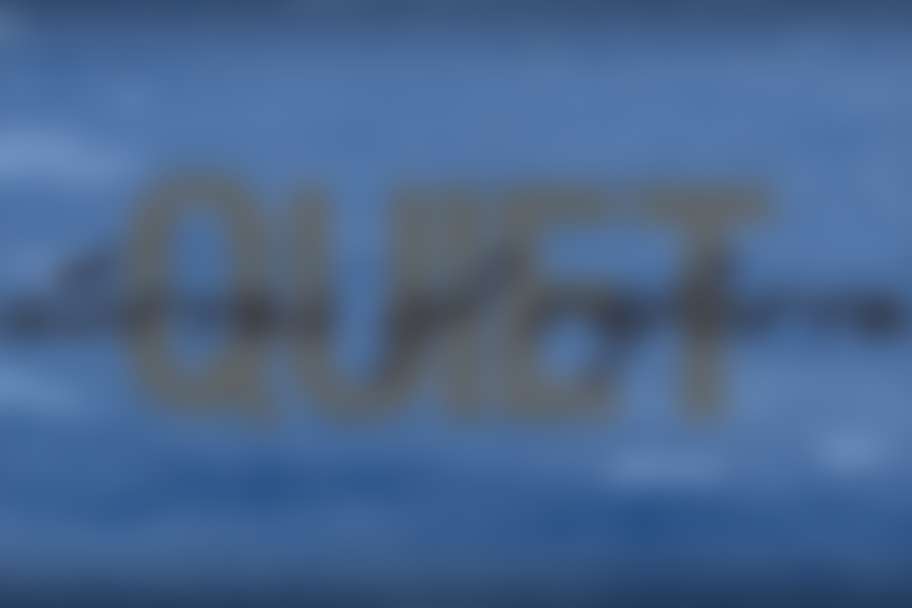 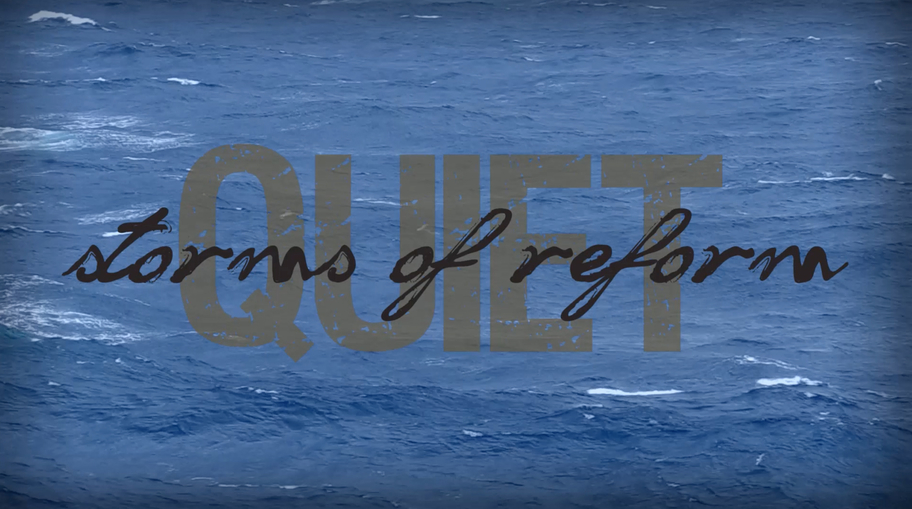 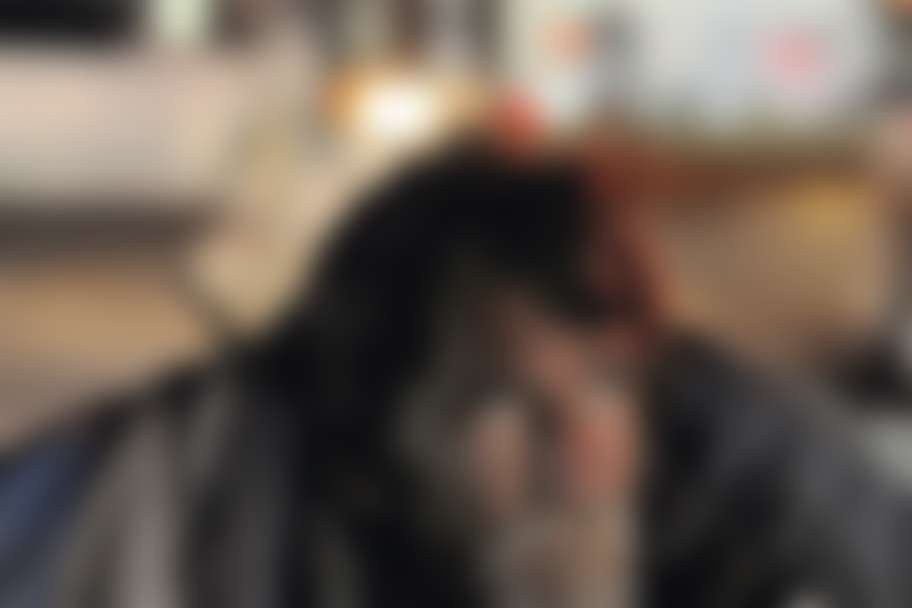 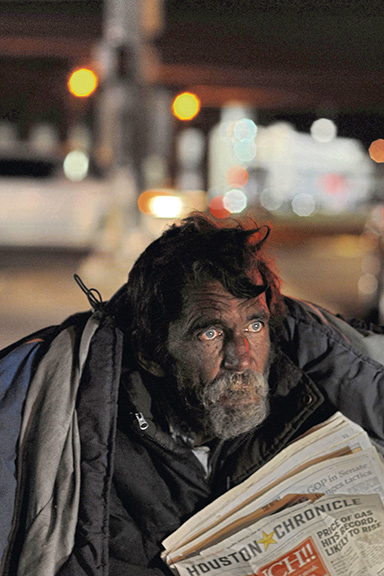 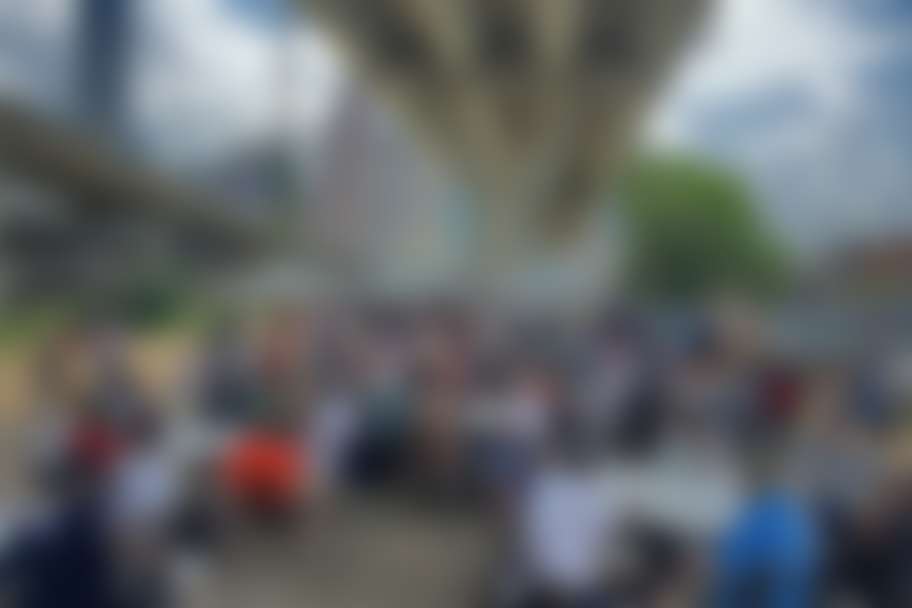 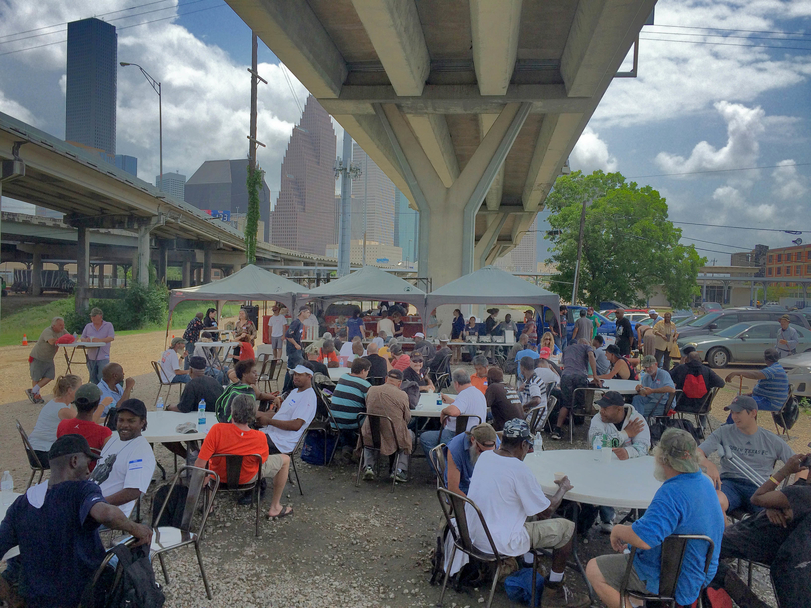 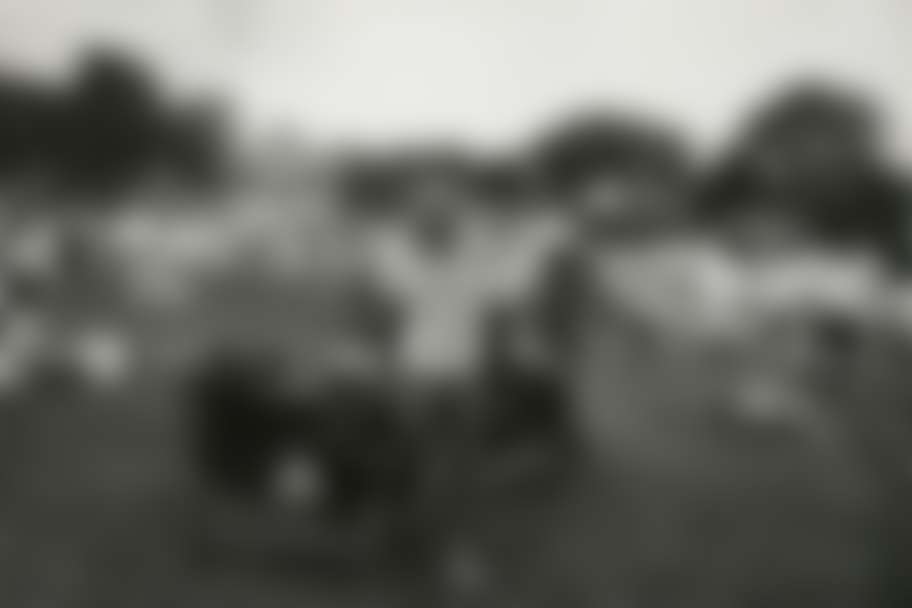 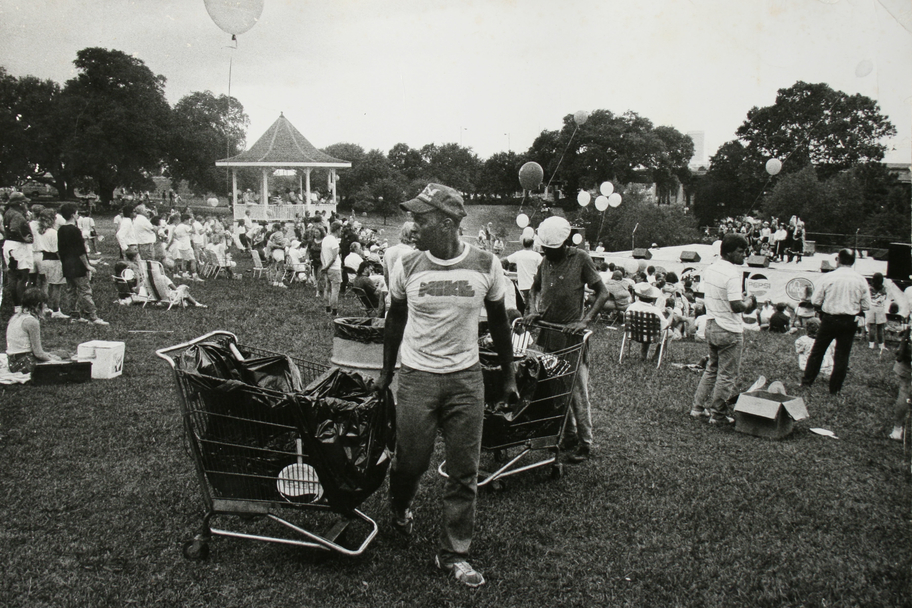 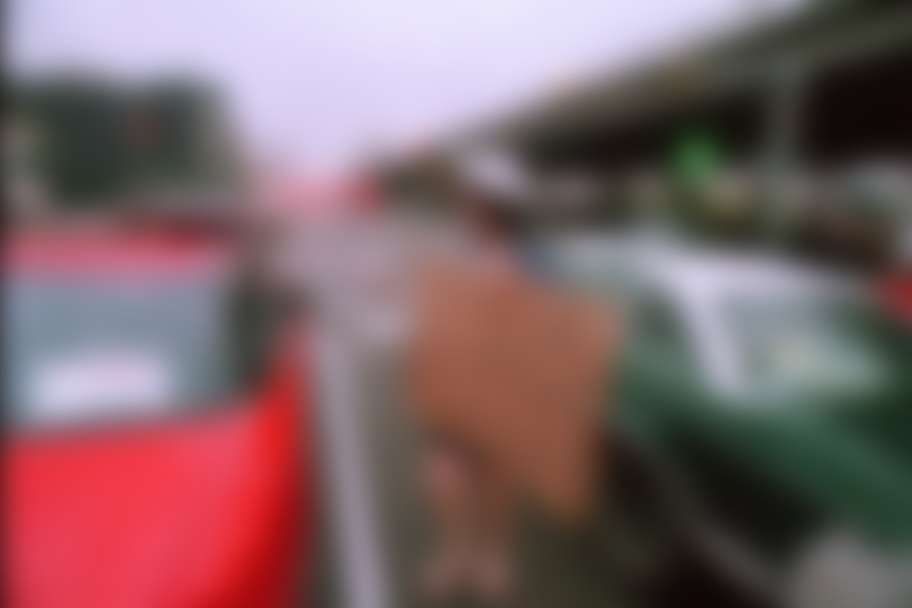 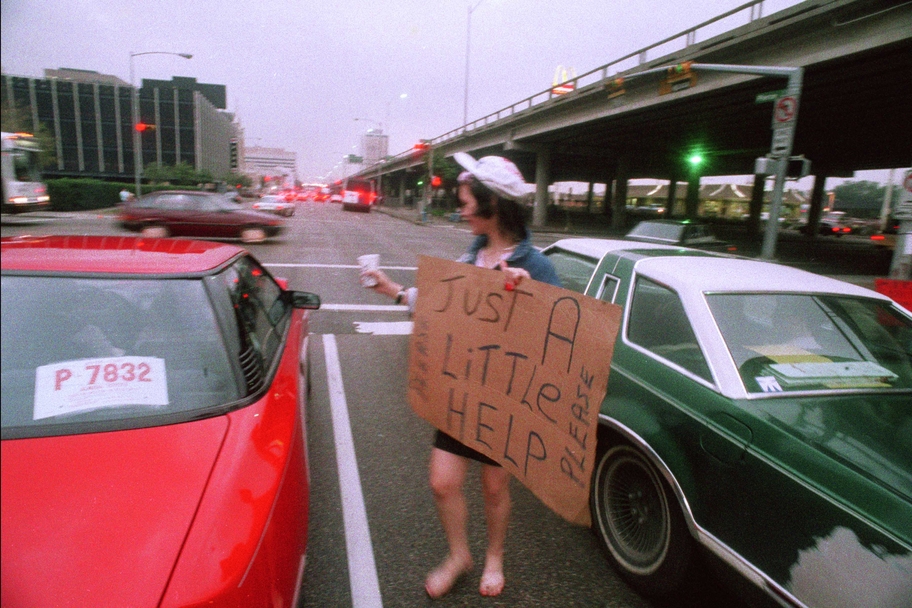 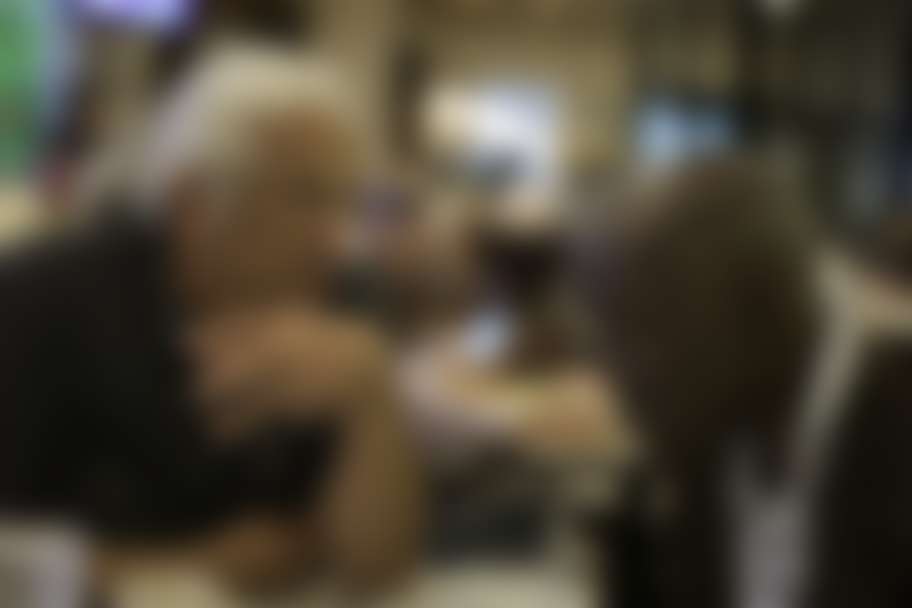 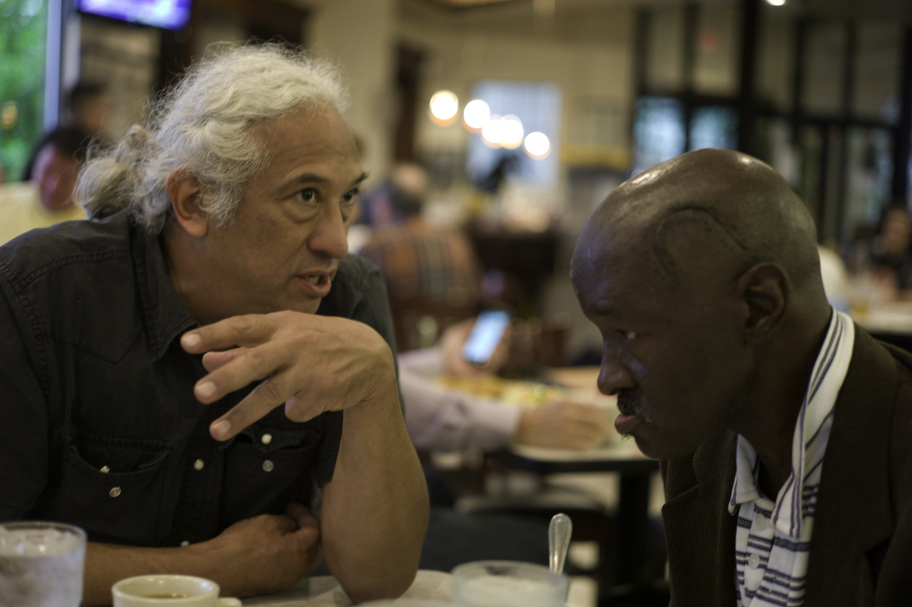 The Quiet Storms of Reform is a feature-length documentary film blending stories spanning three decades in the lives of two homeless people. It juxtaposes 30 years of life on the streets and prison with the current reforms in our nations’ judicial, healthcare and foster care systems.

At the core is a collaboration begun in 1988 between the photojournalist, Ben DeSoto, with Ben White and Judy Pruitt. Judy’s story continues with her daughter Antoinette and Judy’s grandchildren, the personification of hopes and tragedies of multi-generational poverty. The stories of the 315th Girls Court; Healthcare for the Homeless InReach program; and foster care alumni and community reformers tell inspiring stories of creative solutions to eliminate homelessness, chronic poverty, human trafficking and abandoned youth.

Our film seeks to document these changes and would “arm the choir” to encourage and inspire, by example, the work to end homelessness, against ongoing efforts to criminalizing homelessness.

A community of Creatives coming together for a cause, no longer one person’s story to tell, but our story to share.

The Court Systems are filling our nation’s prisons to overcapacity. Our nation has the largest prison population in the world. Our prisons house large numbers of our poor and ill, suffering from addictions and mental illnesses including post-traumatic stress disorders.

The Foster Care System is unable to effectively support and monitor family foster care for children. For decades the State of Texas youth detention programs have been internationally notorious for physical, sexual, and emotional abuse of young people.

Medical Care for the poor is difficult to apply for and makes it necessary for people to go to the emergency room rather than receiving regular care in a “medical home”. This lack of comprehensive care ignores caring for the poorest and sickest and, ironically, increases costs dramatically.

This documentary film delineates the connections between these three systems and the reform movements that are currently moving them forward into modern, progressive, effective and most importantly, economically sustainable services.

These institutions have been identified historically as failing the poorest citizens and creating a perpetual underclass. The failure of these agencies to serve the very poor has resulted in the continuing stream of homeless people. Spurred into action by the increasing need for services for an ever-growing list of new clients, and a reevaluation of the functions and dysfunctions of fulfilling their mandate, these agencies are currently being reformed. Progressive activists are working from inside and outside the traditional structures of state and county government to reform policies despite the existence of mandatory minimums, three strikes, and other rules aimed to weed out the “underserving” poor.

These new leaders' perspectives are shining the light on a new path forward to assist some of our most vulnerable brothers and sisters at the time of their greatest need.

The Quiet Storms or Reform documents the reform movements within the court, foster, and medical care systems that fail the chronically poor and ill that they are designed to serve. This documentary will highlight the individuals’ central to the reform movement:

Annise Parker, the Mayor of Houston, Texas, and the 4th largest city in the USA. Long before a career as a public servant, she and her life partner adopted a homeless teenager and two children from Children's Protective Services.

Dr. David Buck, founder of Healthcare for the Homeless-Houston (HHH), who studied with Mother Teresa. Dr. Buck and HHH have a proven program that reduces recidivism of Harris County Jail inmates by managing their health care needs outside of the penal system. This documentary movie will document the InReach jail diversion program of identifying patients/inmates before their discharge from prison, meeting them at the exit doors to break the cycle of illness and re-incarceration.

Michael Schneider and Angela Ellis, elected Republican judges, worked together and created Juvenile Girl’s court. This is a special story of women only- literately women legal and social professionals working with teenagers, reversing decades-old policy of criminalizing the victims of sexual and physical abuse. Two-thirds of human trafficking victims are domestic teenage runaways. The alternative court movement in Harris County is history in the making. The Girls Court, Drug Court, Homeless Court, Veteran’s Court, and Mental Health Court are new to Houston. The public and private forces overseeing the child welfare and foster parent programs are changing. The needs of people formerly shoveled into prisons or scattered to broken neighborhoods are starting to get met.

Our nation’s foster care, health care, and courts systems are designed to provide for our common good, yet fail our sick, our poor, and our orphans. By extension, this failure extends to poverty-stricken neighborhoods and the families living in those neighborhoods. These three institutions are contributors to a perpetual underclass that make up our chronic homeless population. This homeless population has become part of our social landscape since the 1980’s.

This is the story of a dedicated band of professionals and community leaders intent on changing institutions from the inside, and how the much-needed reforms to our nation’s foster, health and court care systems are quietly changing from within.

Homelessness is more than a set of personal character flaws. It is part of a complex body of symptoms associated with severe post-traumatic stress related disorders, PTSDs. PTSDs can be caused by, exacerbated, and amplified by the traumatic experiences of childhood poverty, illness, loss of employment, loss from death, loss of home, loss of community, loss of family security, witnessing death, and being threatened with death and violence, including sexual assault. Our homeless and prison populations are made up of high school dropouts, orphans, and the children of orphans, who disproportionately suffer from undiagnosed mental and physical illnesses. New research has shown a dynamic relationship between chronic homelessness and post-traumatic stress disorders, thus making homelessness a symptom and not the problem itself.

This video documentary will highlight the reformers and their work for a general interest and public policy minded audience. $7000 is set aside to make 5000 copies of the completed documentary movie and public deliberation training material for distribution to crowding funding supporters and the nation’s anti-poverty coalitions.

The genesis for Quiet Storms of Reform is found in Producer/Director/Photographer Ben Tecumseh DeSoto’s 30-year examination of homelessness, the Urban Poverty Project (UPP). It includes visual narratives spanning two decades in the lives of two of Houston’s homeless, Benjamin Wayne White and Judy “Snow” Pruitt. This collaboration is creating a long-range photo study and report, thus an opportunity to examine the underlying causes of chronic poverty and the struggles to become contributing members of society. UPP images and video can be seen at www.bendesotophotography.com.

This is no longer just DeSoto’s story to tell, it will become a story to share. A Houston based community of Creatives coming together for cause: Quiet Storms of Reform.