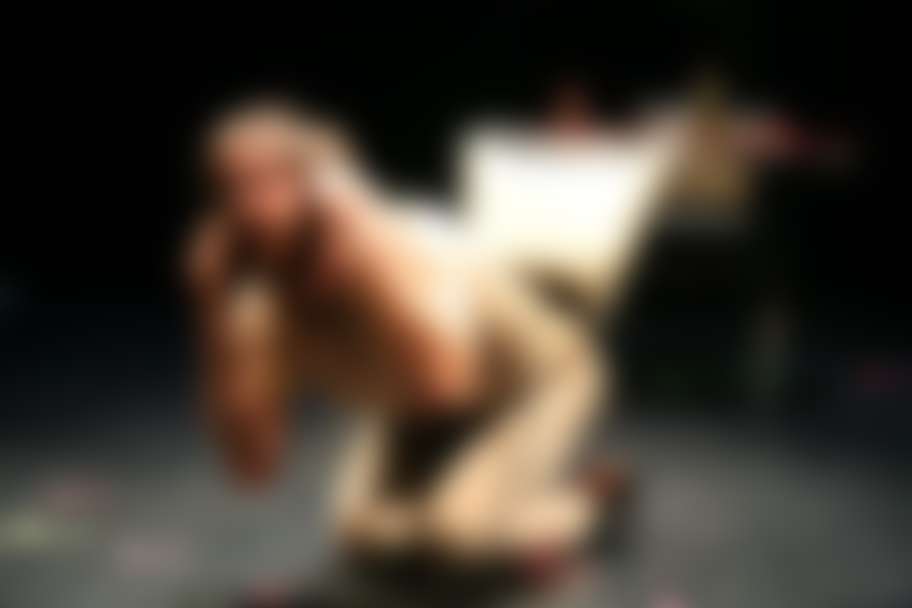 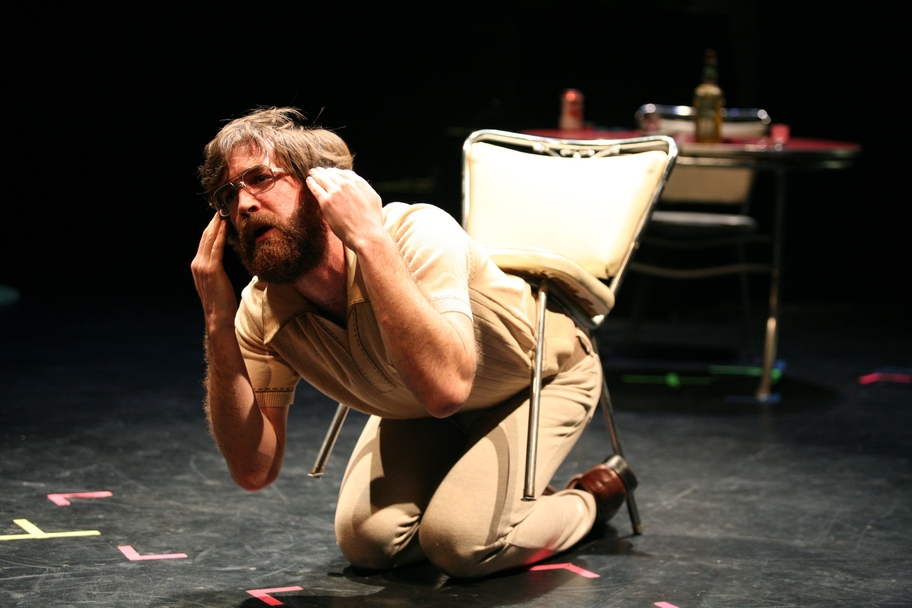 "In this immensely funny, abruptly touching physical-theater work... They keep taking perilous theatrical leaps, but we are the ones to feel sweaty-palmed, nearly vertiginous exhilaration." – Helen Shaw, Time Out New

”Nothing short of the best work this theater collective has done in its 13 years as it has carved out its well-respected reputation on the international indie theater scene...This is the Rude Mechanicals doing what they do best: crafting a rich series of stunning and surprising visual moments, lacing those moments with kinetic physical movement and wrapping it all together with a script both lyrical and cheeky.”  - Austin

The Method Gun explores the life and techniques of Stella Burden, actor-training guru of the 60s and 70s, whose sudden emigration to South America still haunts her most fervent followers. Ms. Burden’s training technique, The Approach (often referred to as "the most dangerous acting technique in the world"), fused Western acting methods with risk-based rituals in order to infuse even the smallest role with sex, death and violence. A play about the ecstasy and excesses of performing, the dangers of public intimacy and the incompatibility of truth on stage and sanity in real life.

Using found text from the journals and performance reports of Stella Burden’s company, “The Method Gun” re-enacts the final months of her company’s rehearsals for their nine-years-in-the-making production of “A Streetcar Named Desire.” Stella left the company under mysterious circumstances in 1972. Diaries and letters from actors in the company express a sense of desperation, inadequacy, and frustration inherent to the process of creating meaningful work for the stage and in everyday life. Set amid swinging pendulums and talking tigers, “The Method Gun” bounces between interior monologues, rehearsal sequences of “Streetcar,” and group interactions - all gleaned from historical documents - to express a longing for the return of inspiration and a more believable presentation of self in everyday life.