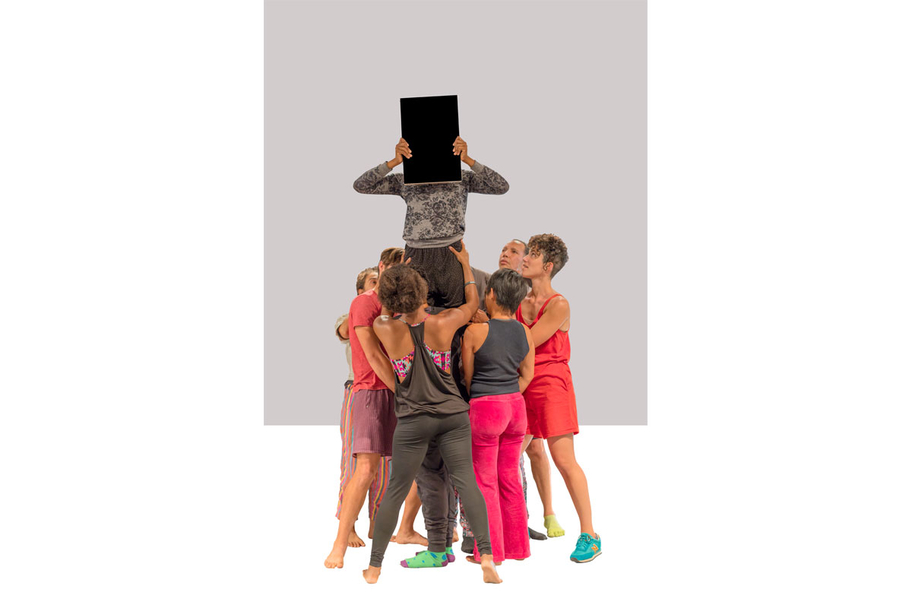 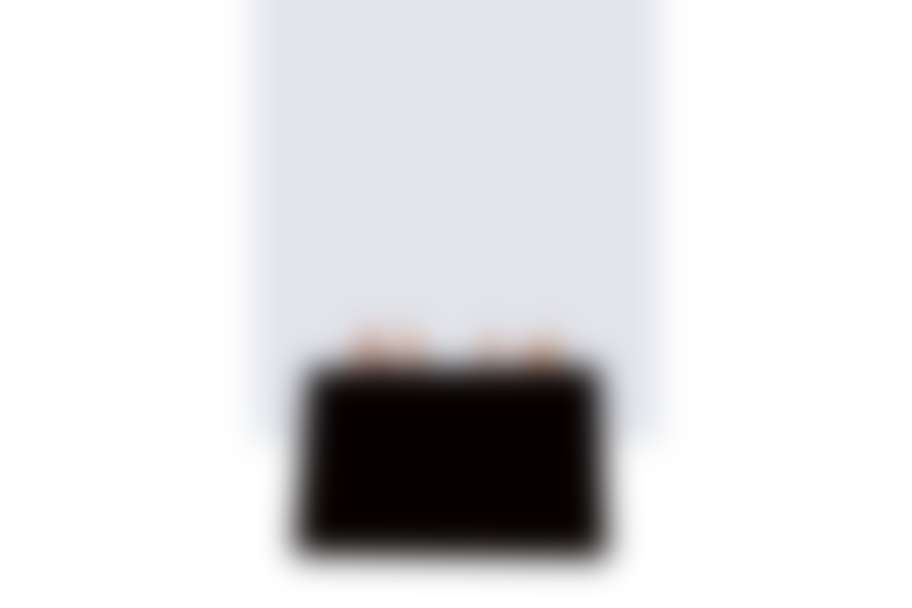 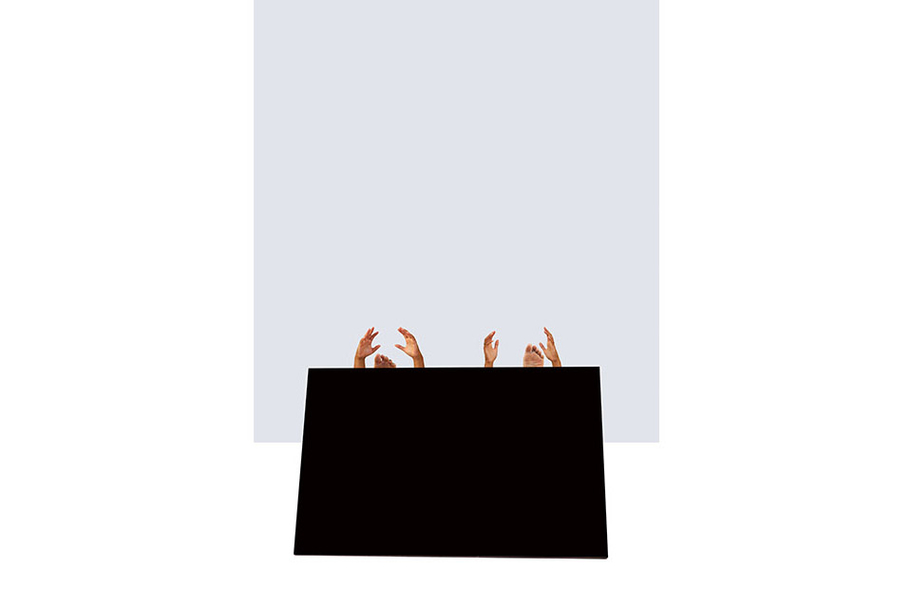 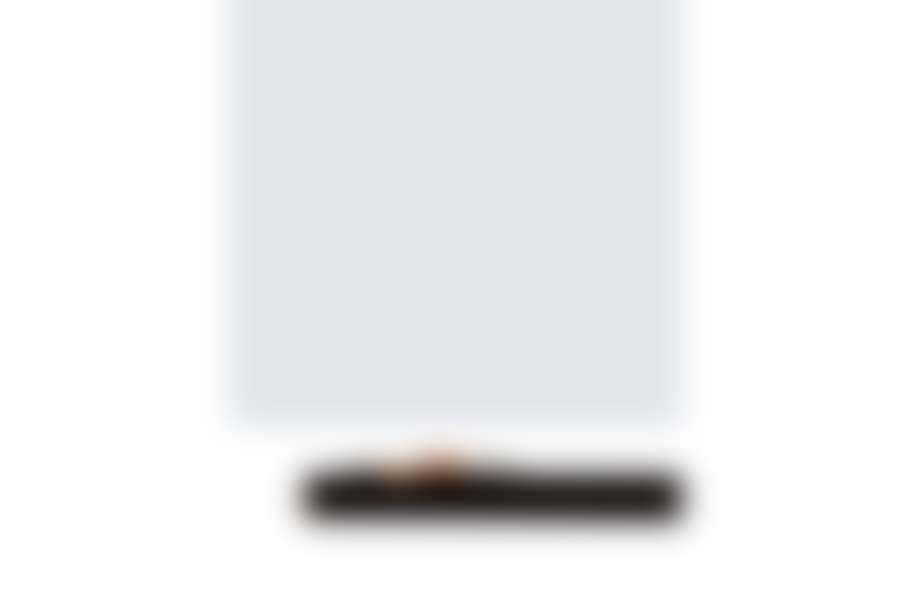 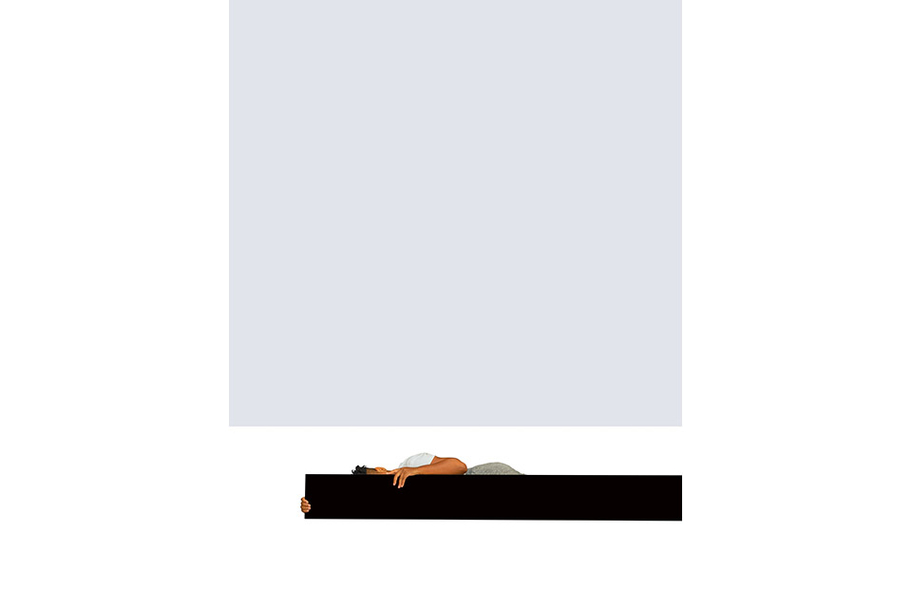 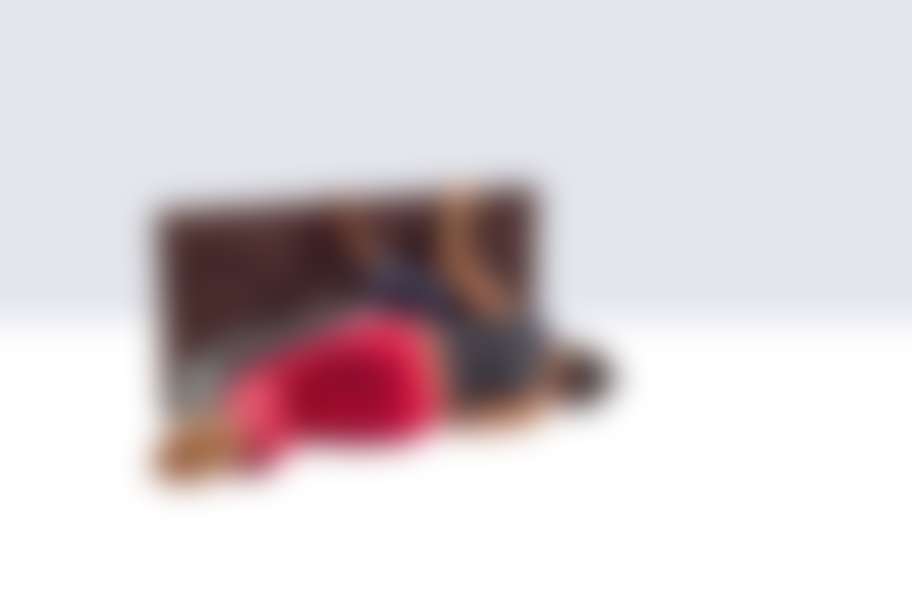 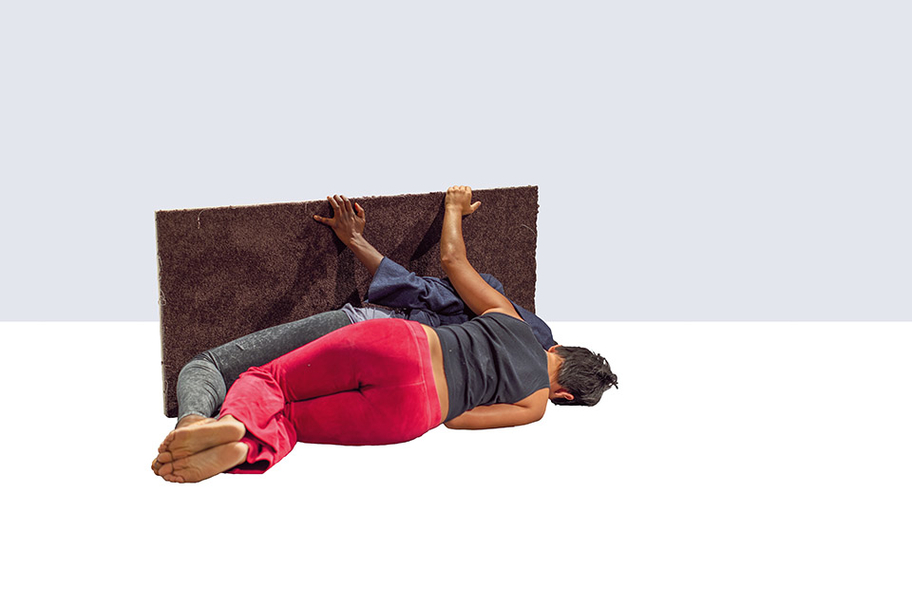 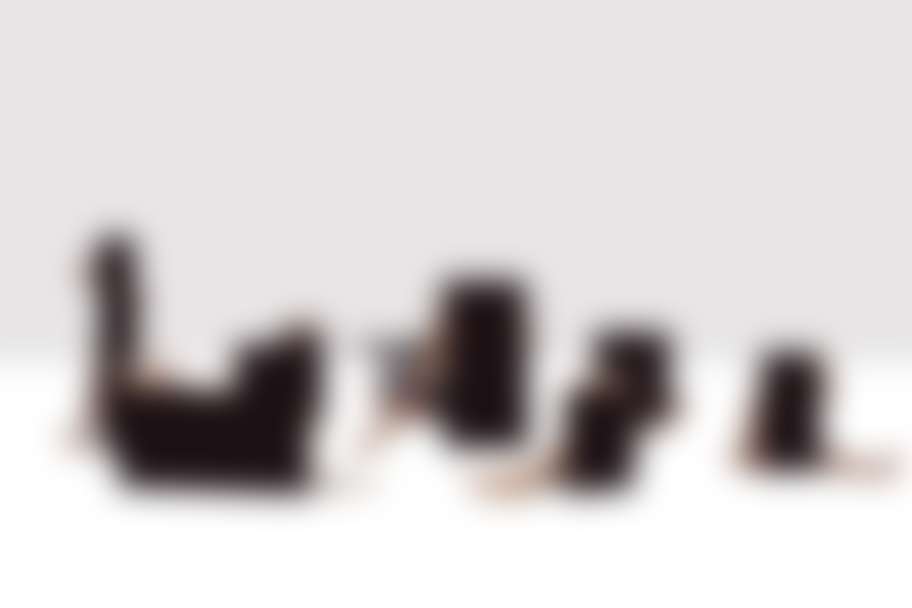 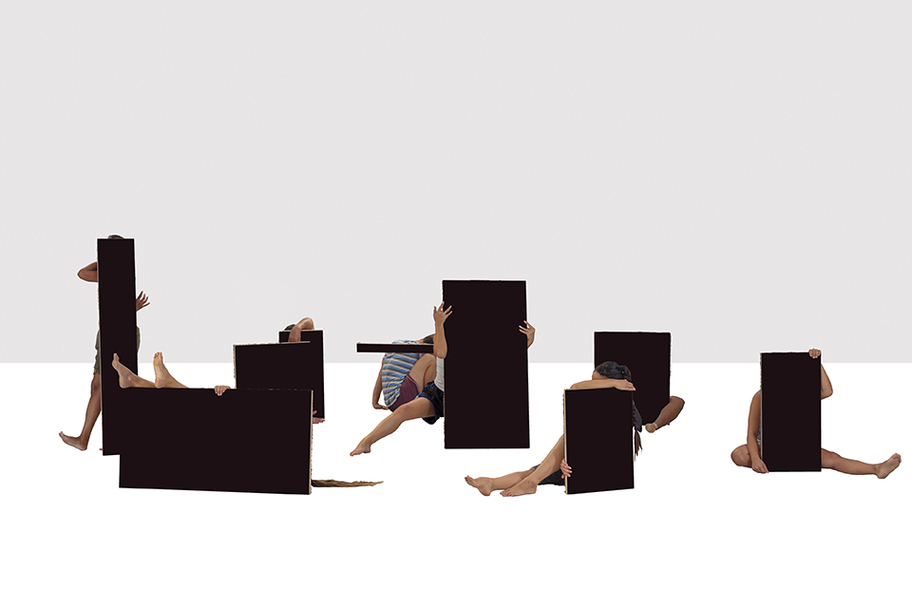 The School for the Movement of the Technicolor People

Free public classes every Saturday in May

Free Public Classes every Saturday in May, 1 PM to 5 PM (no reservation necessary, drop-ins welcome)

The School for the Movement of the Technicolor People is a five-week exhibition and temporary school that begins with Meadow, a movement choir performance on opening night involving a looping, repeating score. Throughout the five weeks, the gallery will be set up as a classroom for research into a series of ongoing questions: What is a Black dance curriculum today? What does the city of Houston need that dance or movement can answer? and What do we want to see a place like DiverseWorks offer the city of Houston? The School… is made up of paggett, Hunt, Zumpfe, and members from the WXPT company in LA, as well as newly recruited company members from Houston: Adam Castaneda, Celestina Billington, Brittani Broussard, Caleb Fields, Abijan Johnson, Autumn Knight, Rosine Kouamen, Eternal Lokumbe, Norola Morgan, Lovie Olivia, and Kenneth Owens. Across the collaborators’ many different backgrounds and positions lies a shared interest in the meaning of a Black and queer space at this historical moment, placing questions and urgencies at the center of this curriculum and collaborative artwork.

The project began in 2015 in Los Angeles after paggett formed WXPT, a one-year intentional dance company. paggett’s idea was to shift the ways people of color and queer individuals are positioned within the dance field. She and the company—formed of both trained and untrained dancers—sought to forge new economies through resistance and togetherness utilizing the concept of a dance company.

In dialogue with paggett and the WXPT company members, Zumpfe and Hunt have created the overall exhibition design and architectural infrastructure, which is intended as part of the curriculum. A series of sculptural objects, images, and spatial arrangements were produced that generate choreographies for each viewer and participant. In the static images and video projections, Hunt draws upon his long-term collaboration with paggett around ideas of choreographic objects and images that solicit movement. Zumpfe’s practice draws on creating psychological spaces through an architectural and spatial excavation process. The temporary structures in the gallery are made from gathered materials from ReUse Warehouse and from dismantled houses and buildings—connecting the disappeared, invisible, and erased architectures throughout Houston.

Paggett and her collaborators were inspired by research into radical pedagogical platforms, such as the southern Freedom Schools of the 1960’s and a ‘school for colored youth’ believed to be founded by a member of paggett’s extended family in Kilgore, Texas. The School… considers the idea of a dance school that builds a curriculum responding to the limited positioning of Black and queer movers in the dance and art worlds. At a time when the United States is again confronted with the regular deaths of Black bodies, this nomadic school occupies temporary homes in art spaces where themes are taken up by community members and formed into a curriculum that collapses the roles of exhibition viewing and participation. Dance moves, protest forms, images, histories, and the everyday movement vocabularies of survival and celebration that structure Black life all inform The School.

The School for the Movement of the Technicolor People was first presented at Los Angeles Contemporary Exhibitions (LACE) curated by Robert Crouch, as a seven-week program of events, workshops, classes, and rehearsals for the final performance. The Houston iteration, organized by DiverseWorks Curator Rachel Cook, builds upon the research from LACE and extends it into a Texas context.

The School for the Movement of the Technicolor People began as a conversation between paggett, Rodney McMillian, and Cauleen Smith.

Throughout The School for the Movement of the Technicolor People, free public classes will be held from 1pm – 5pm every Saturday in May. The School’s activities include discussions, Houston company members-led workshops, wanderings, gatherings, dispersions, the lifting of people, the staging of images, and other embodied practices whose traces accumulate into a visual archive and temporary installation at DiverseWorks.

taisha paggett’s work for the stage, gallery and public space includes individual and collaborative inquiries into the body, agency, and the phenomenology of race and gender. Her projects seek to expand upon the languages and frames of contemporary dance practices, and the limitations of the architecture of conventional dance spaces. Her works include solo and ensemble performance, sculptural installation, and participation as a dancer in the work of other artists and choreographers.

paggett’s work has been presented in the 2014 Whitney Biennial, at the Studio Museum in Harlem, Danspace at St Mark’s Church (New York); in the Quadruple Consciousness exhibition at Vox Populi (Philadelphia); at Defibrillator (Chicago); and Commonwealth & Council. As a dancer, paggett has worked with artists and projects including Every House Has a Door, Yael Davids, Kelly Nipper, David Roussève/Reality, Meg Wolfe, Vic Marks, Cid Pearlman, Cheng-Chieh Yu, and with Ashley Hunt in their ongoing collaboration, “On Movement, Thought and Politics.” A recent recipient of a Headlands artist residency, a UCIRA grant and a MAP Fund grant, paggett is part of the full-time dance faculty at UC Riverside.

Ashley Hunt is interested in how images, objects, maps, writing and performance can engage social ideas and actions, including those of social movements, daily life, the exercise of political power, and the disciplinary boundaries that separate our art worlds from the larger worlds in which they sit. His work looks to structures that allow people to accumulate power, and those which keep others from getting it, while learning from the ways people come to know, contribute to or resist these structures. Rather than seeing art and activism as two exclusive spheres of practice, he approaches them as mutual and complementary — drawing upon the ideas and aesthetics of social movements, cultural theory and art alike, the theorizing and practices of each informing the other.

Recent exhibitions and performances include Cue Art Foundation, Threewalls Gallery in Chicago, The Kitchen in New York, Project Row Houses in Houston, the 2012 Made in L.A. Biennial of the Hammer Museum, Sinopale 4 biennale in Sinop, Turkey, the Museum of Modern Art in New York, the Tate Modern in London, Woodbourne State Correctional Institute in upstate New York, Putnamville Correctional Institution in Indiana, and numerous grassroots and community venues throughout the U.S. Recent writing has appeared in X-TRA Contemporary Art Quarterly (2014), Native Strategies issue 4 (2014), and Shifter Magazine #20 (2013). Hunt co-directs the Program in Photography and Media at California Institute of the Arts and is on the faculty of the Visual Arts MFA program at Vermont College of Fine Arts.

Kim Zumpfe is an artist and educator who lives and works in California. She works with images, objects, text, installation, performance, and collaborative structures. In these, various media, she explore questions of where borders within form disperse - specifically between bodies, objects, and politicized space as a way to interrogate encounters where there is a collapse of identity, intimacy, and power structures. She is engaged with relationships between the ideological body and subjectivity in locations where multiple bodies develop, displace, produce, and forget to maintain boundaries and relations. Her practice involves research into cultural studies and critical theory that address the social lives of bodies identified as queer, colored, and black. Using this research as a point of departure, she works to contain porosities of bent time(s) including the temporary, transient, unstable, and the illegible.

Her work has been exhibited at Culver Center for the Arts Riverside, Visual Arts Center Fullerton, University Art Gallery Irvine, University Art Museum Long Beach, and several public and online sites. She is a member of Emily O, a free-floating artist collective that questions the relationship between individual and collective processes and identity through organizing exhibitions.

The School for the Movement of the Technicolor People is a National Performance Network (NPN) Creation Fund Project co-commissioned by DiverseWorks in partnership with Fusebox and NPN. The Creation Fund is supported by the Doris Duke Charitable Foundation, Ford Foundation, and the National Endowment for the Arts (a federal agency). For more information: www.npnweb.org

The School for the Movement of the Technicolor People’s presentation at DiverseWorks is made possible through support from the Alice Kleberg Reynolds Foundation, the National Endowment for the Arts, the Texas Commission on the Arts, and the City of Houston through the Houston Arts Alliance.

The School for the Movement of the Technicolor People’s presentation at LACE was made possible by The MAP Fund, a program of Creative Capital, primarily supported by the Doris Duke Charitable Foundation. Additional funds come from the Andrew W. Mellon Foundation.

This project is also sponsored by a grant from the University of California Institute for Research in the Arts.

Development support of The School for the Movement of the Technicolor People was given through Show Box L.A.’s Los Angeles Dance & Research Residency Program, which is supported in part by an award from the National Endowment for the Arts. Additionally, commissioning support from Clockshop for the performance ever each more, performed at the Bowtie Project in Los Angeles, contributed to the company’s methodology.