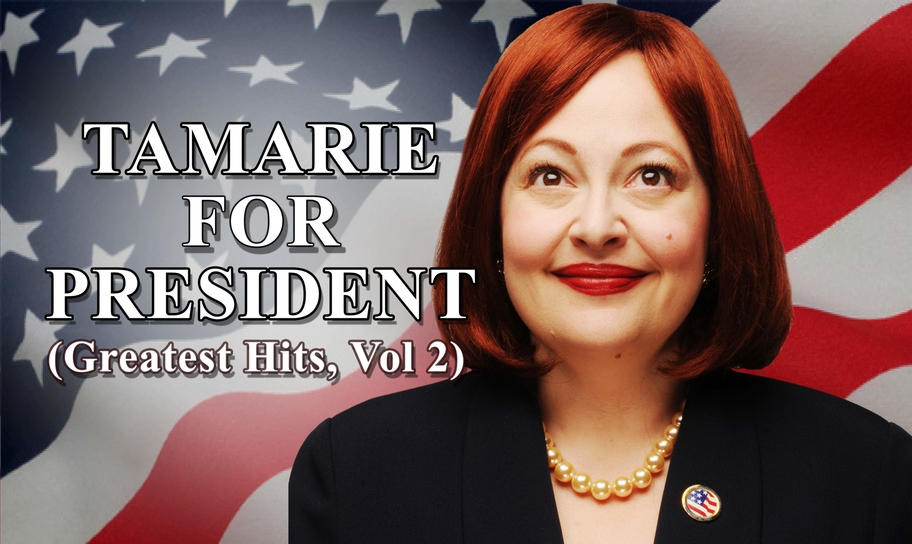 It's an election year and Tamarie's throwing her hat in the ring. Won't you join her campaign to help make America totally awesome?  Puppies and lollipops for everyone!

Tamarie for President! (Greatest Hits, Volume 2) is the 19th installment of the Tamarie Cooper juggernaut.  Since 1996, Tamarie has wowed Houston audiences almost every summer with an entirely original, full-scale, musical comedy extravaganza - filled to the brim with songs and gags and hi-jinx from some of Houston's funniest theatre artists. Tamarie's shows truly are a unique, and uniquely Houstonian, phenomenon. Get your tickets fast. This one always sells out in advance.