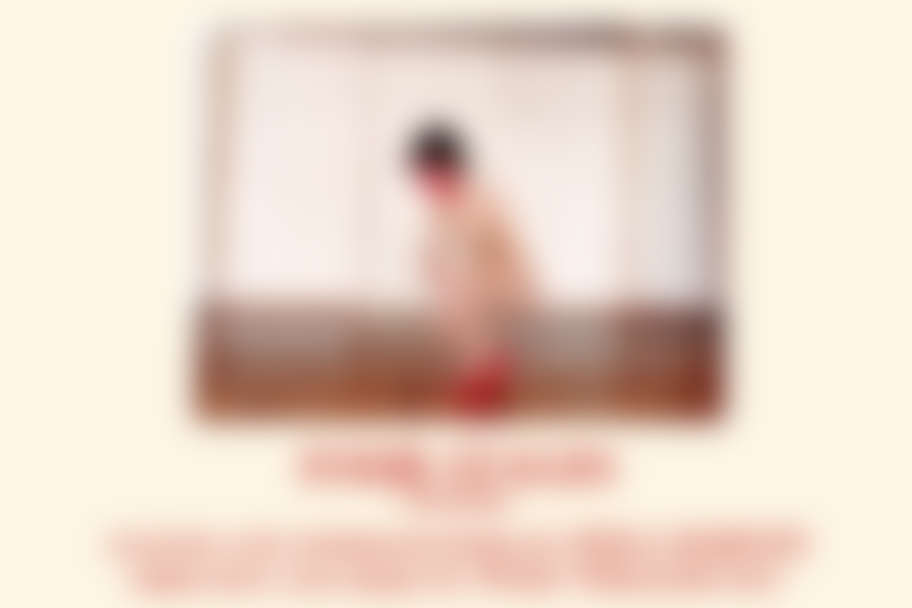 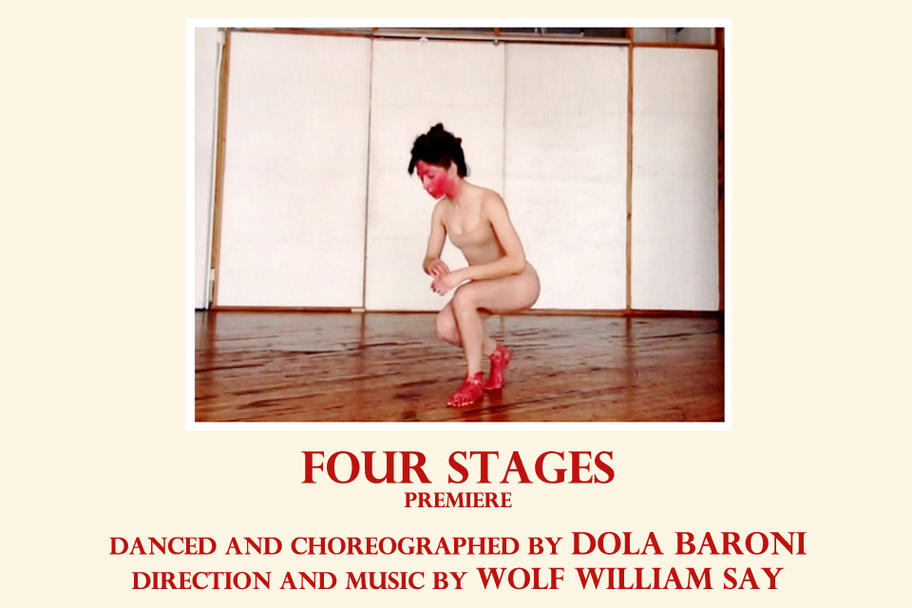 “…warmth towards one’s fellow men is essential -- an understanding of the contradictions in man … He is a suffering creature but not one to be scorned.” - Grotowski

Four Stages is a collaborative performance created by artist and musician Wolf William Say and artist and dancer Dola Baroni. Written under the influence of Grotowski's Towards a Poor Theatre and in the spirit of ceremony, Baroni will dance four acts as a god of human error to a score composed by Say.

Wolf William Say is a visual artist and writer born in Houston. He spent several formative years in New York before returning in 2005. He has exhibited photography and short films for the past ten years. Say’s work is most often a comment and tribute to the physical body, both its duration and newness, explored through cycles of identity and anonymity. His practice is focused on repetitive training. From 2006 to 2016 Say published artwork on the Internet under many pseudonyms, often daily. He is self-taught.

Dola Baroni is a visual artist and dancer based in Los Angeles. She has been performing since 1994 and exhibiting photographic work since 2004. Baroni has studied many forms of dance including Butoh, Ballet, Tap, Jazz, Flamenco, Middle Eastern dance, and Indian dance. She is the founder and director of LA Dance Family, a performance and dance company featuring both dancers and non-dancers. The company's original form began in 2008 as an open-to-all dance workshop designed for body awareness and strengthening, with specific focus on Butoh practices, called LA Dance Therapy. In 2011, Baroni shifted the focus of the company to choreography and performance and re-formed the group as LA Dance Family. The company most recently performed a piece choreographed by Baroni to honor Butoh founder Tatsumi Hijikata on his birthday this year: March 9, 2017.

Say and Baroni first met when Baroni visited Houston in 2008. Both filmmakers and photographers, they recognized one other’s rigorous habits and forged a bond. They have maintained an artistic dialogue since, producing films, a remote improvisational performance, and a generative rapport that led to Four Stages.

“I do not put on a play in order to teach others what I already know. It is after the production is completed and not before that I am wiser. Any method which does not itself reach out into the unknown is a bad method.” - Grotowski