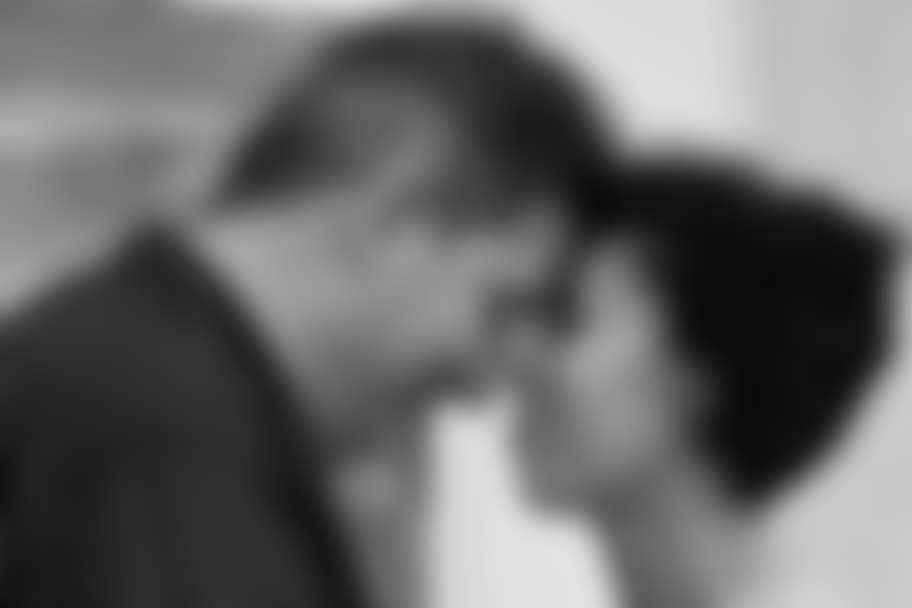 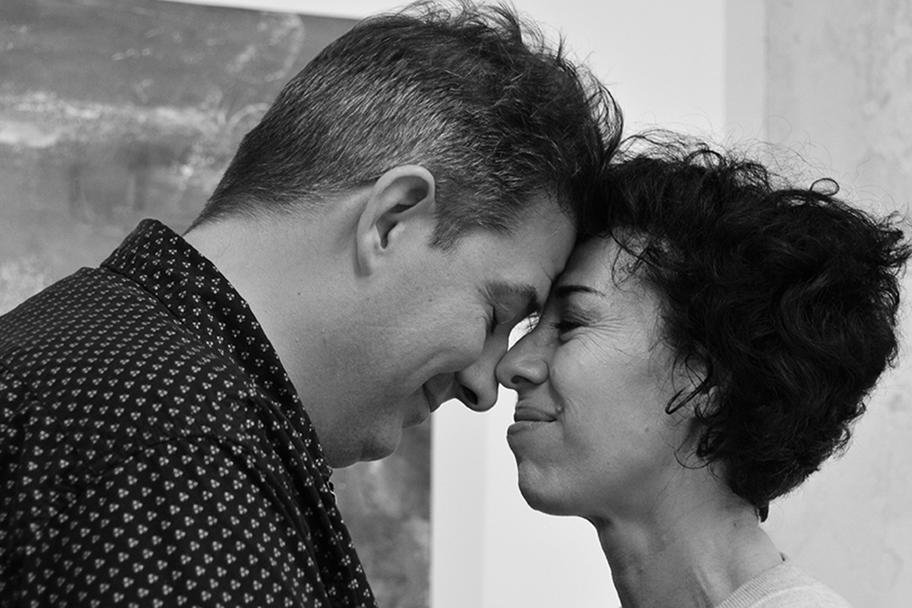 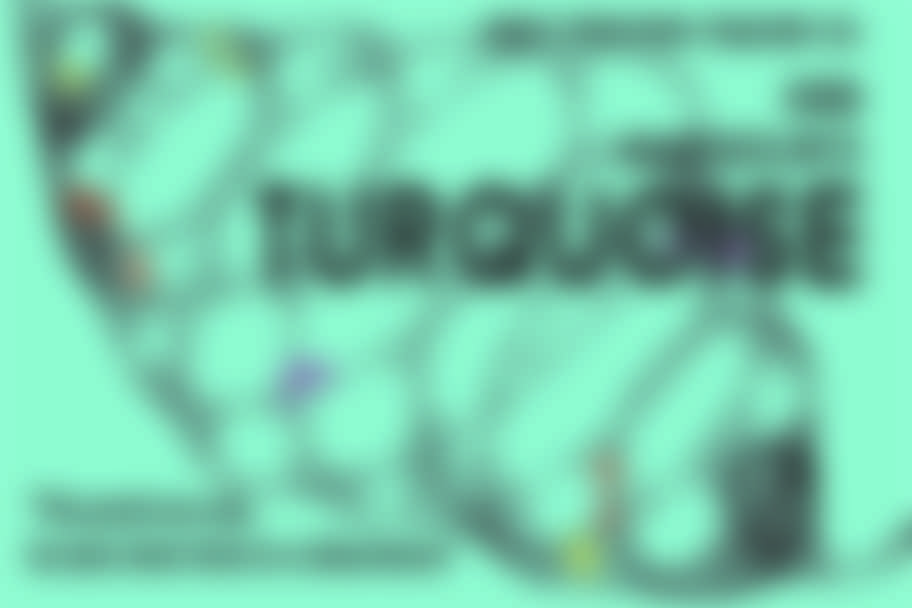 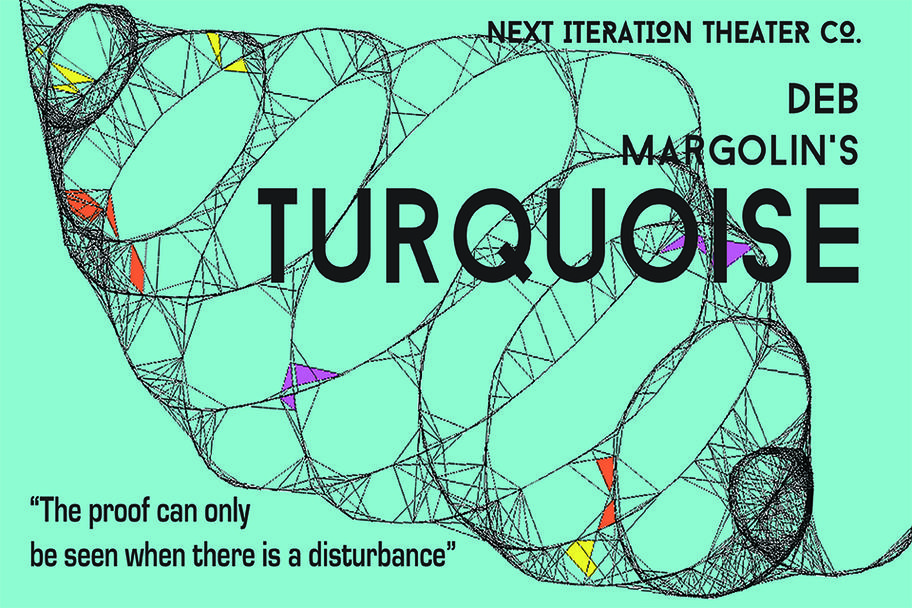 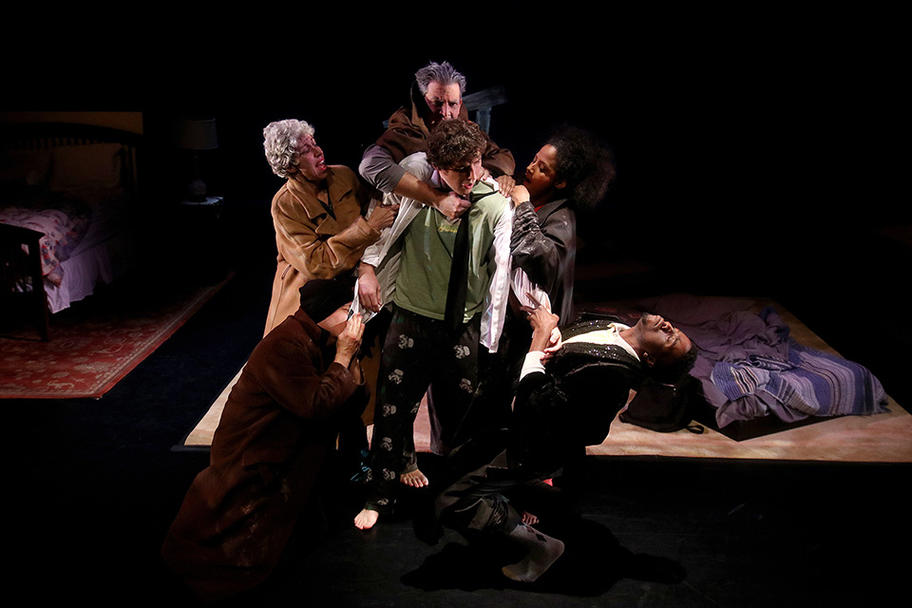 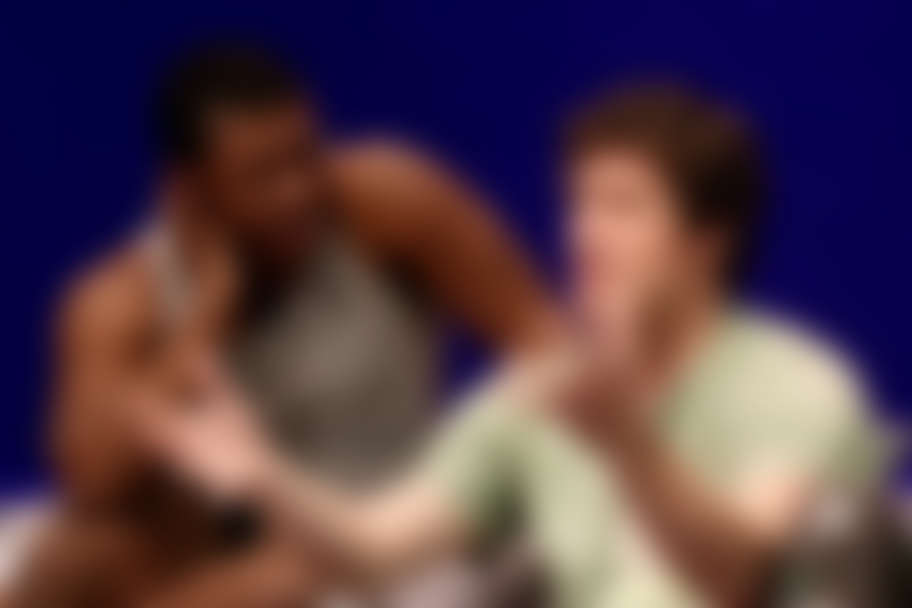 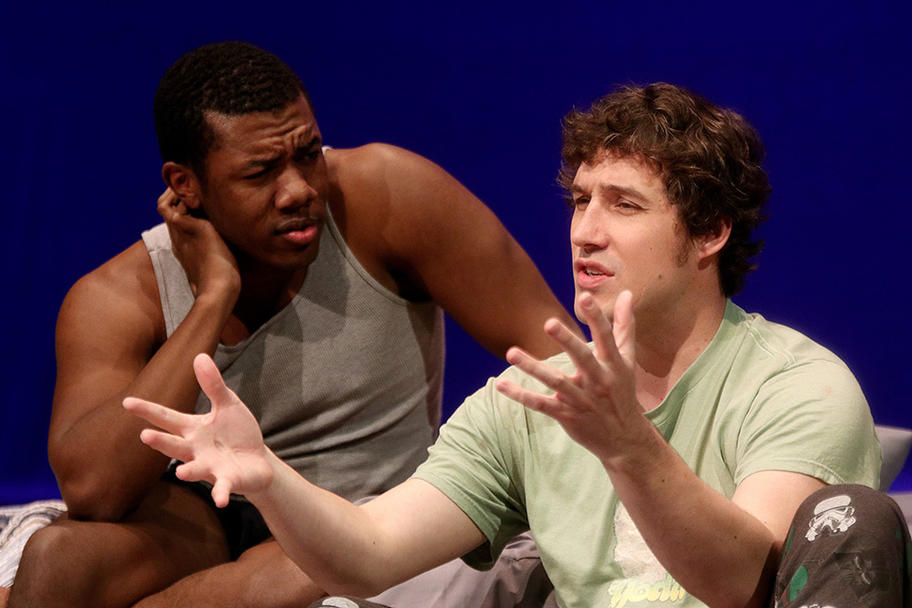 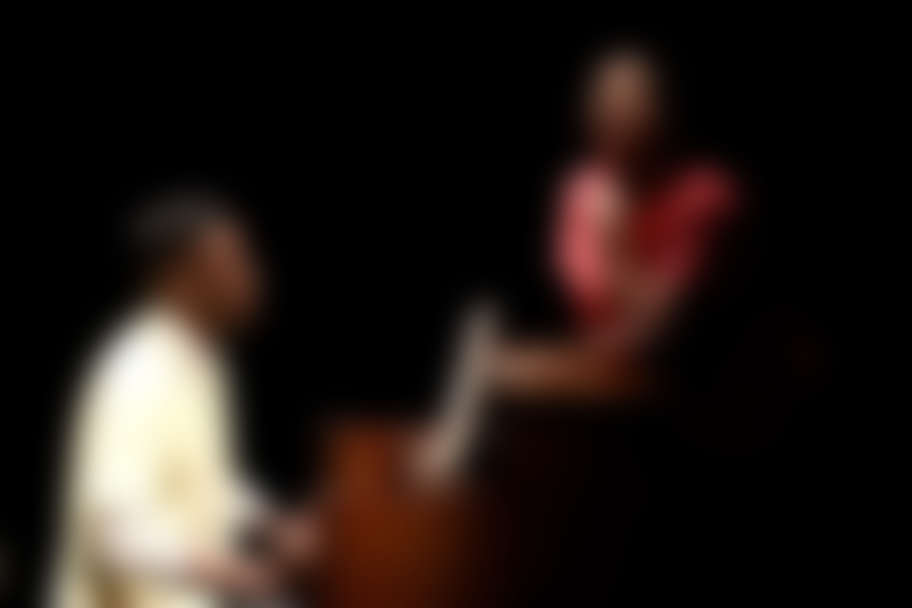 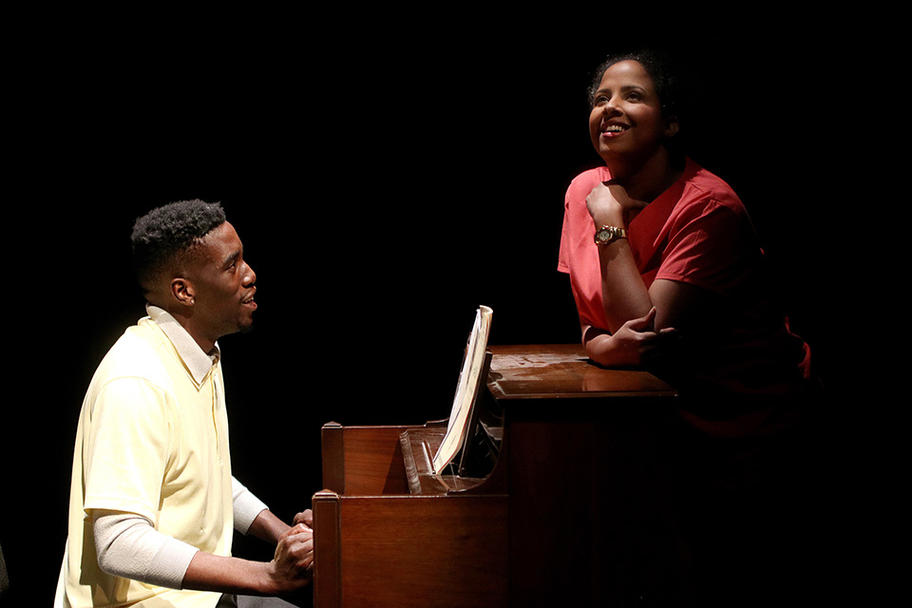 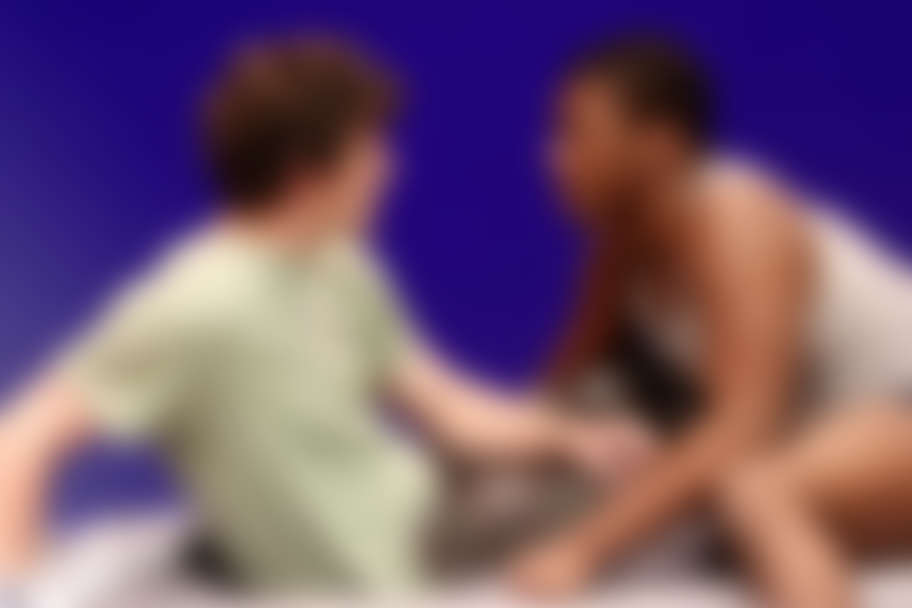 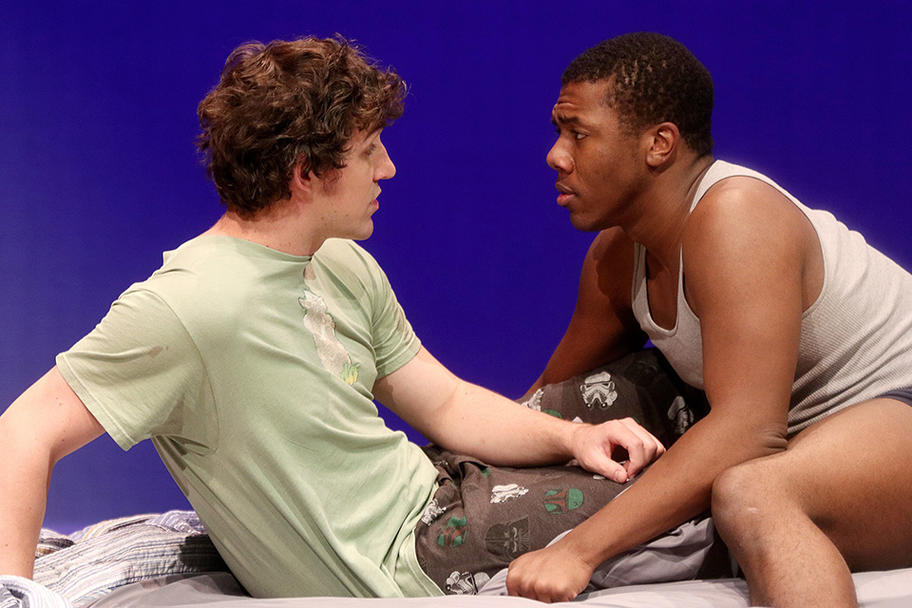 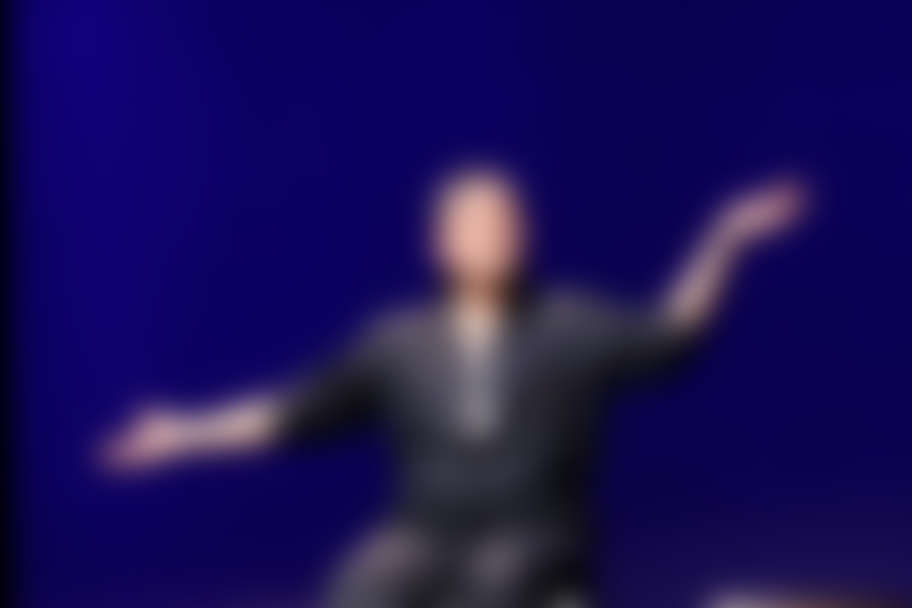 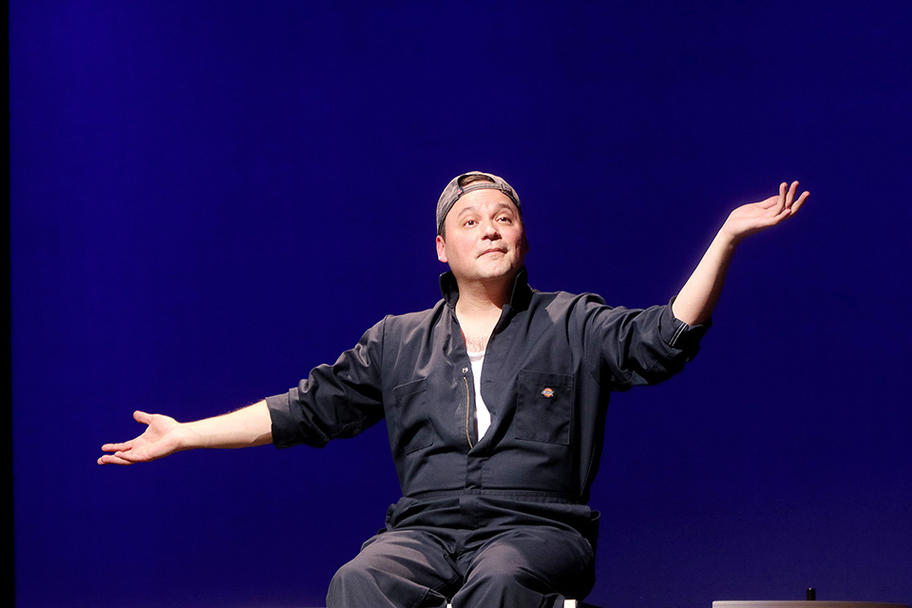 Next Iteration Theater Company presents Turquoise, three plays in one, by Obie Award winning playwright, Deb Margolin and directed by Dianne K. Webb. With themes of memory, love, symbiosis, and mortality, this award-winning playwright has woven a story that reflects on the simultaneity of everything while capturing the hearts and minds of the audience with simplicity and hilarious, quick-volleying dialogue.  Turquoise is a theatrical hybrid of literary proportions not to be missed.

After the opening scene, Margolin introduces the audience to the “Guy with Nothing”—a character reminiscent of Shakespeare, Miller and Marlow but utilizing modern lingo delivered by a combative-spirited specter, an everyman. The story follows three couples: an aging married pair coping with old memories and the loss of them, two teenage boys just developing their memories and learning to bear them, and a pianist with a seven-second memory who dances with, meets, then repeatedly loses his cohort again and again.  Margolin, with scenes that resonate a “Who’s on First?” comedy sketch feel, entertains as she interlaces undertones of poetry and philosophy to create a show that will be savored and relished.

In a recent interview with NITC, Margolin wrote, “Once I realized that I was writing a play about the magnificent oneness of everything, despite our struggles to separate ourselves from animals, ants, each other: we are all living, fucking, struggling, loving, together, and we will survive or die together as a planet, I was free to delve deeply into the precise nature of each of these interconnected worlds. It is a paradigm of theater that, the more specific we are with character, the more we shed light on the entire human condition.”

Join us for special events affiliated with shows on these nights:

*After Show at 13 Celsius—join random actors, director and patrons at 13 Celsius to kick back and relax and maybe even talk about the show!