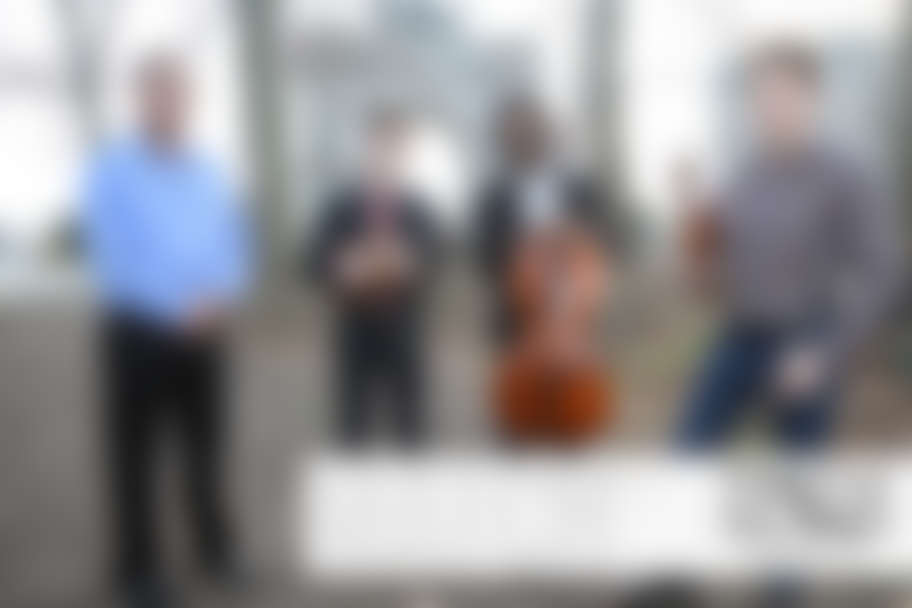 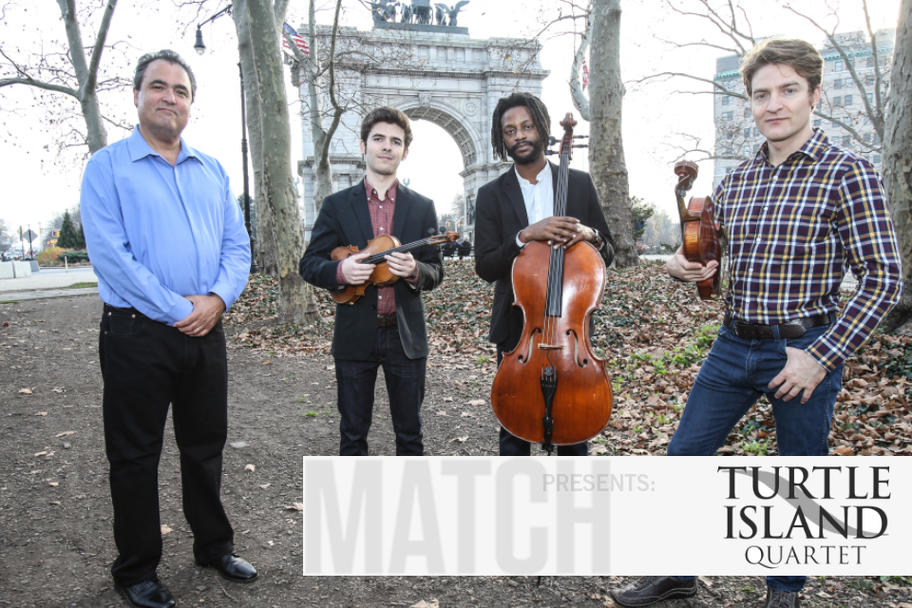 Since its inception in 1985, the Turtle Island Quartet, has been a singular force in the creation of bold, new trends in chamber music for strings. Winner of the 2006 and 2008 GRAMMY® Awards for Best Classical Crossover category, Turtle Island fuses the classical quartet esthetic with contemporary American musical styles, and by devising a performance practice that honors both, the state of the art has inevitably been redefined. Cellist nonpareil Yo-Yo Ma has proclaimed TIQ to be “a unified voice that truly breaks new ground – authentic and passionate – a reflection of some of the most creative music-making today.”

Turtle Island’s journey has taken them through forays into folk, bluegrass, swing, be-bop, funk, R&B, new age, rock, hip-hop, as well as music of Latin America and India …a repertoire consisting of hundreds of ingenious arrangements and originals. It has included over a dozen recordings on labels such as Windham Hill, Chandos, Koch and Telarc, soundtracks for major motion pictures, TV and radio credits such as the Today Show, All Things Considered, Prairie Home Companion, and Morning Edition, feature articles in People and Newsweek magazines, and collaborations with famed artists such as clarinetist Paquito D’Rivera, vibraphonist Stefon Harris, guitar legends Leo Kottke and the Assad brothers, The Manhattan Transfer, pianists Billy Taylor, Kenny Barron, Cyrus Chestnut and Ramsey Lewis, singers Tierney Sutton and Nellie McKay, the Ying Quartet and the Parsons and Luna Negra Dance Companies.

Another unique element of Turtle Island is their revival of venerable improvisational and compositional chamber traditions that have not been explored by string players for nearly 200 years. At the time of Haydn’s apocryphal creation of the string quartet form, musicians were more akin to today’s saxophonists and keyboard masters of the jazz and pop world, i.e., improvisers, composers, and arrangers. Each Turtle Island member is accomplished in these areas of expertise.

As Turtle Island members continue to refine their skills through the development of repertory by some of today’s cutting edge composers, through performances and recordings with major symphonic ensembles, and through a determined educational commitment, the Turtle Island Quartet stakes its claim as the quintessential ‘New World’ string quartet of the 21st century.

“The strings sing, not like angels, but like they’ve been around. The improvisations…hang tough, solidly built, and take no back talk from anybody. ~ The Seattle Post-Intelligence

“…a sterling example of first-rate jazz music-making…” ~ Los Angeles Times “The niche they fit into best might be labeled ‘Wow!’” ~ St. Louis Post-Dispatch

“Impeccable precision in its pitch and coordination” ~ The New York Times

“This group has set a standard beyond the reach of its few contemporaries…In the multifarious idiom they have all but invented, Turtle Island remains the ne plus ultra.”~ The Los Angeles Times