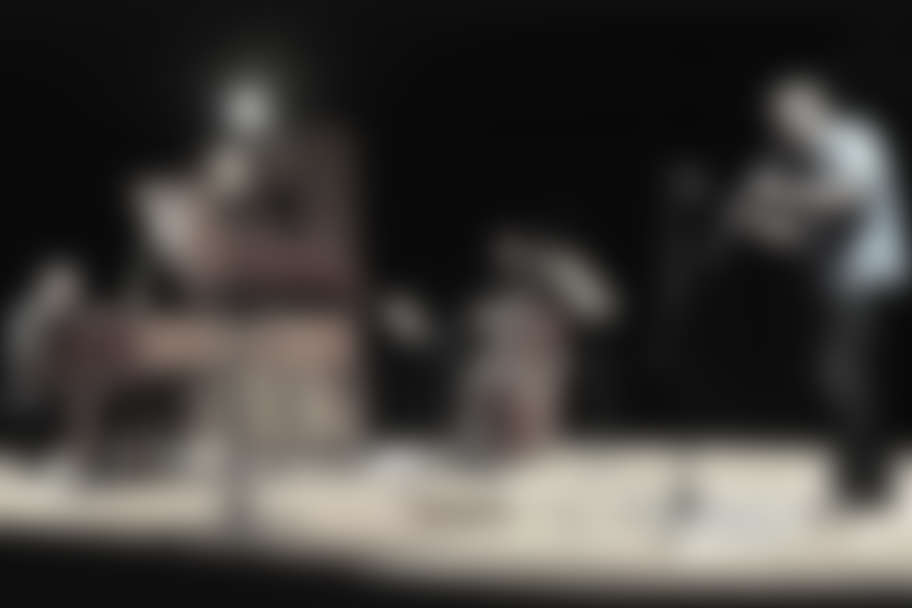 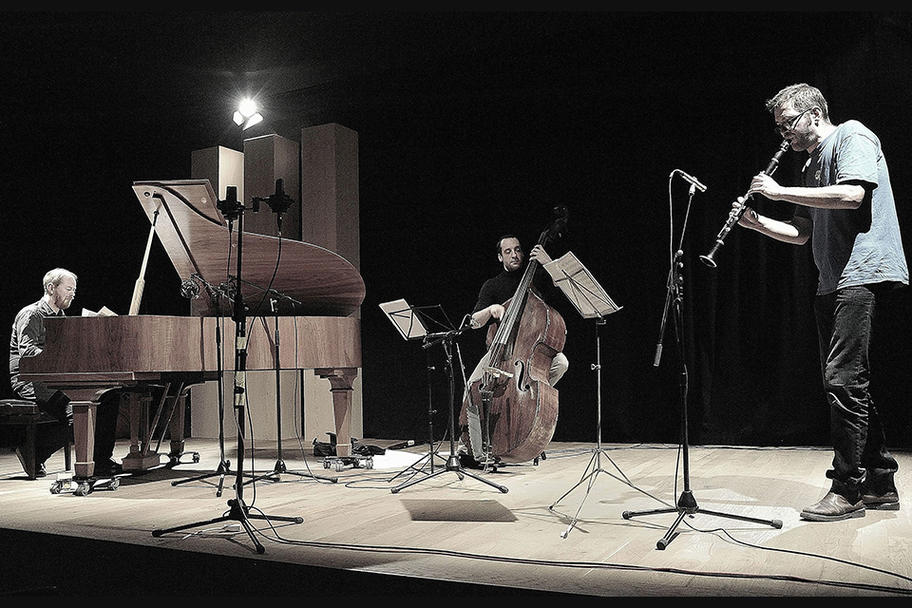 Drawing on a repertoire of compositions by all three members, the Italian/German/Norwegian trio has a distinct sound, but a seemingly endless range of possibilities and expressions. Precise unisons follow tightly-woven counterpoint. Nimble technique enables stop-on-a-dime accuracy. The instrumentation allows for clarity and transparency. Sometimes they sound spiky and modernistic. At other times, they swing. Sometimes they may even have a touch of the baroque, or a bit of folkiness. There are melodies that ring of Monk’s angularity, with whiffs of his oblique humor. There’s a dose of Anthony Braxton’s obsessive mania. Dizzying cascades of notes and extended instrumental techniques echo the classic generation of European improvisation. The stylistic blend of “modern-classical” with “jazz” and the relationship of improvisation to composition recall Jimmy Guiffre’s groundbreaking trio, with whom they share the same instrumentation. One might hear a bit of Messiaen’s quartet in there, as well as many other possible sources and influences. Do Der lange Schatten cast a “long shadow” or do they stand in one?

The term “chamber jazz” has been in common usage since the 1960’s or earlier. And some might assign that designation to this trio. But isn’t this term a bit puzzling, and even problematic? Wouldn’t most jazz fit the definition of chamber music? Most is performed in smaller ensembles, where each musician plays their own part. And most jazz music is more appropriate to smaller rooms than large concerts halls. And if “chamber jazz” is meant to imply jazz that is more “serious”, then indeed we do have a problem.

Since the early 20th century, “classical” music and “jazz” music have never been of completely separate streams. European classical music has been in the DNA of jazz from its very beginnings. And modern composers have been appropriating the rhythms, tonalities and techniques of Afrological American music since the earliest recordings of jazz were first heard. Nonetheless, Gunther Schuller’s concept of a “third stream” may still be useful.  Neither jazz nor classical music, the “third stream” was meant to be music able to fully utilize both compositional and improvisational strategies.  It was meant to be a distinct and fully modern movement, whose musicians and composers are fully proficient in both jazz and classical methods.

Whatever category they do or don’t belong to, Der lange Schatten are a totally unique and contemporary expression honed from a mastery of modern techniques and stylistic sources. And their music is intense in its rigor, imaginative in its inventiveness, and breathtaking in its execution.