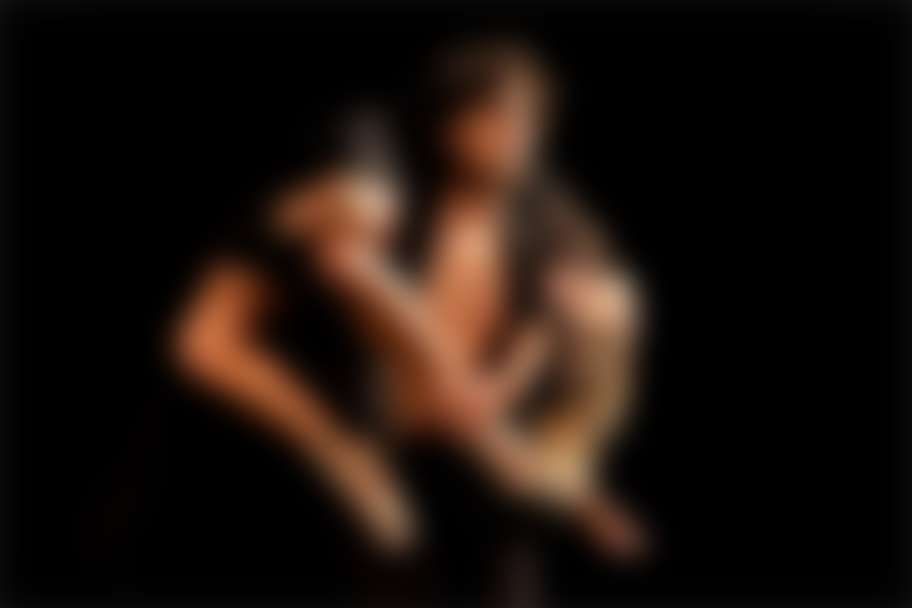 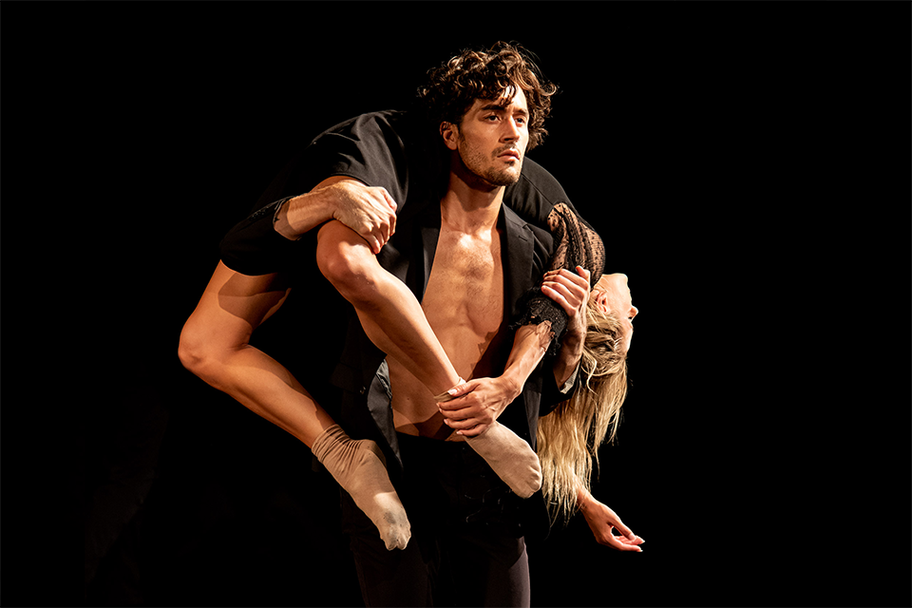 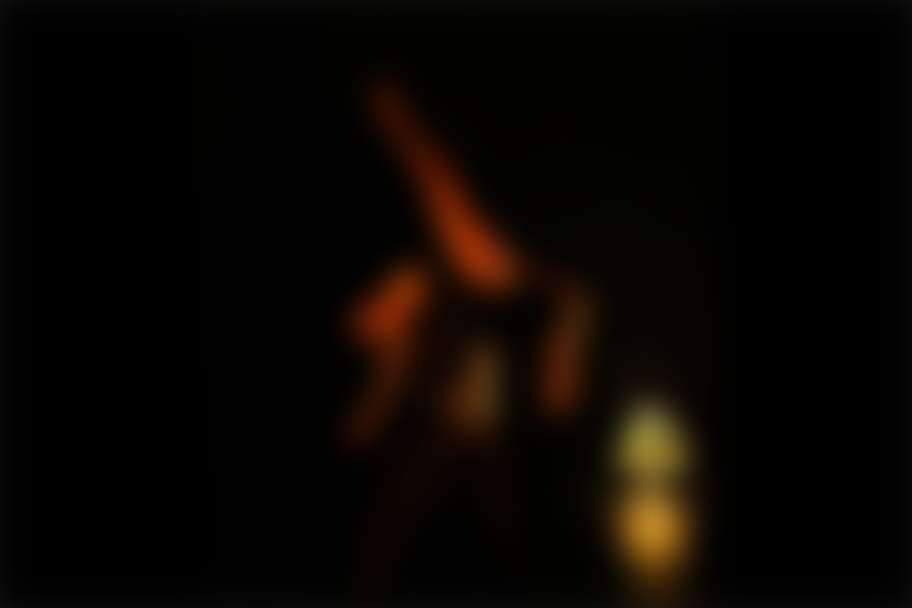 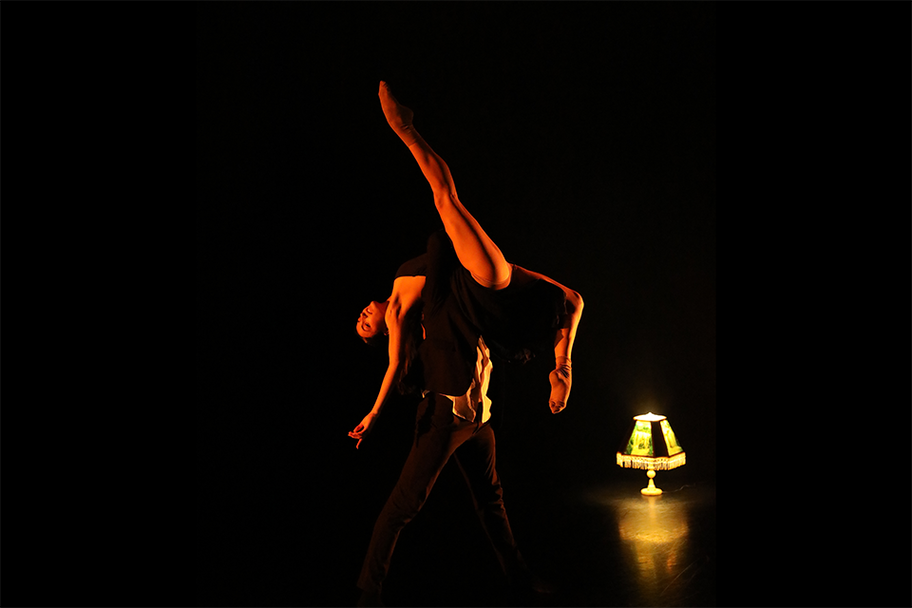 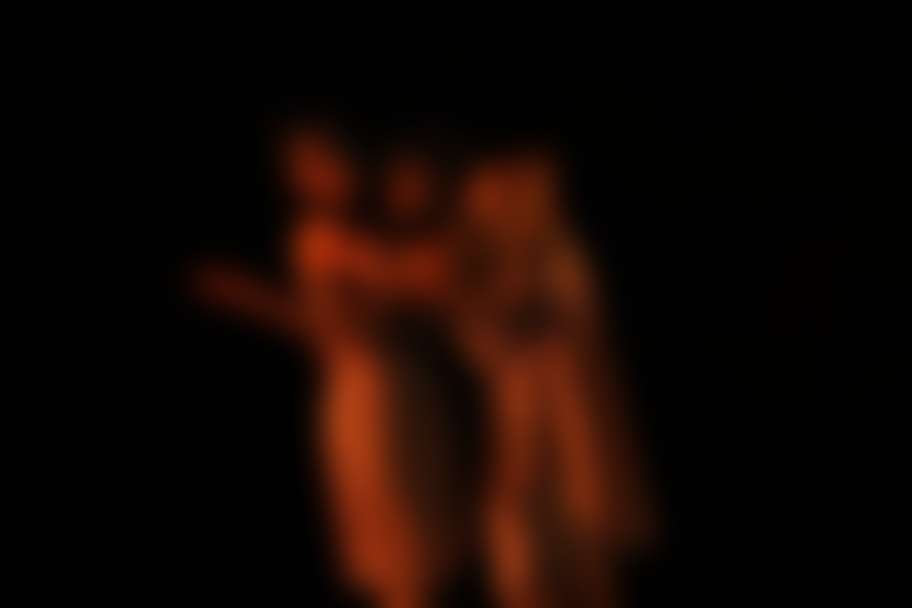 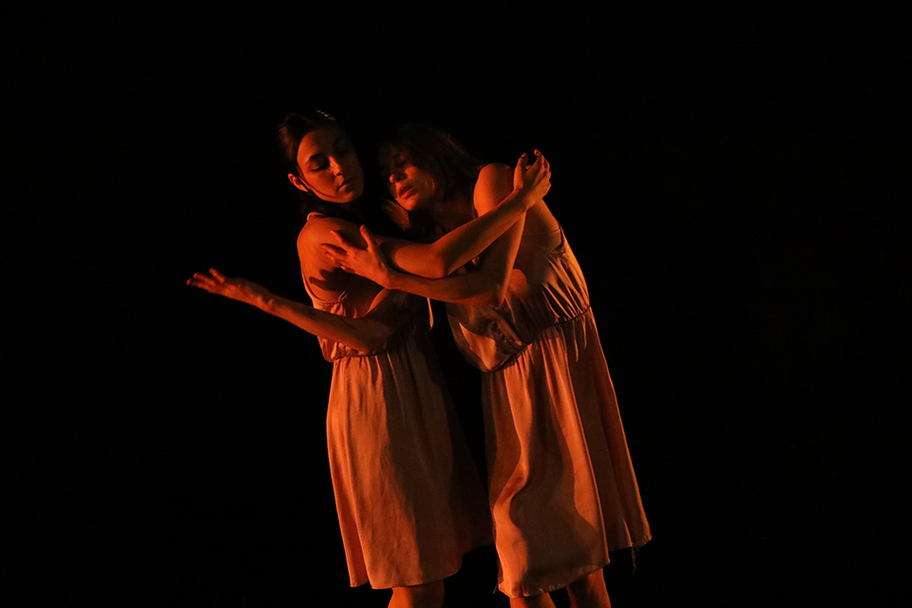 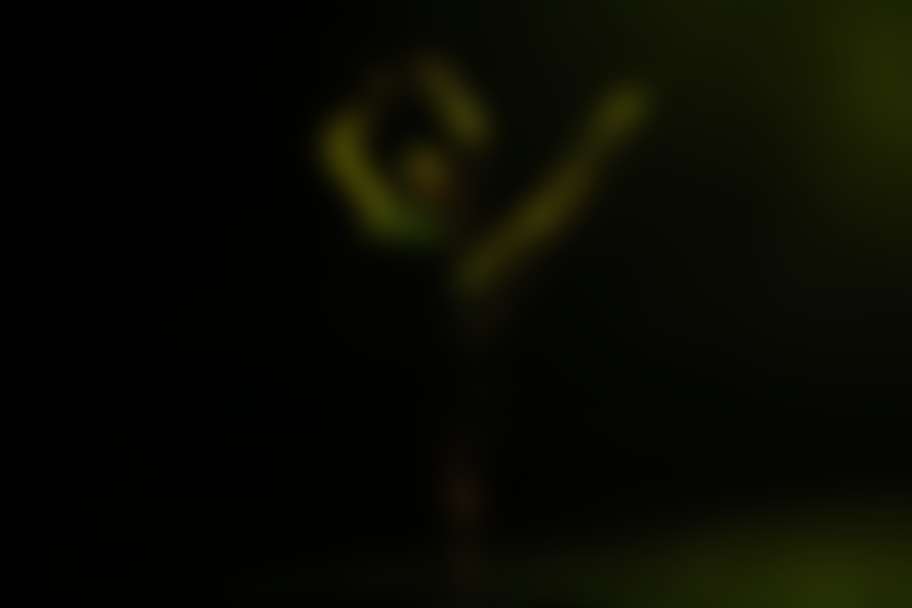 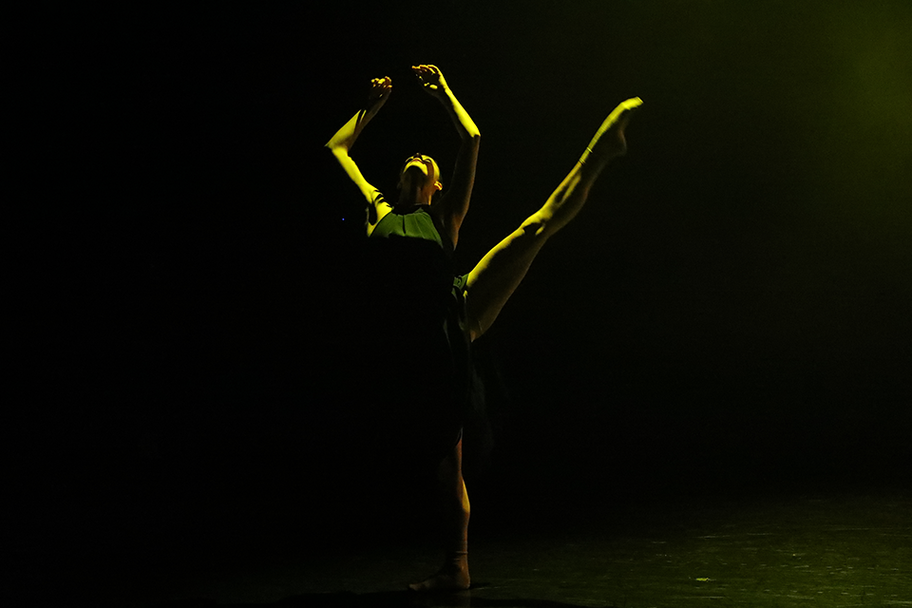 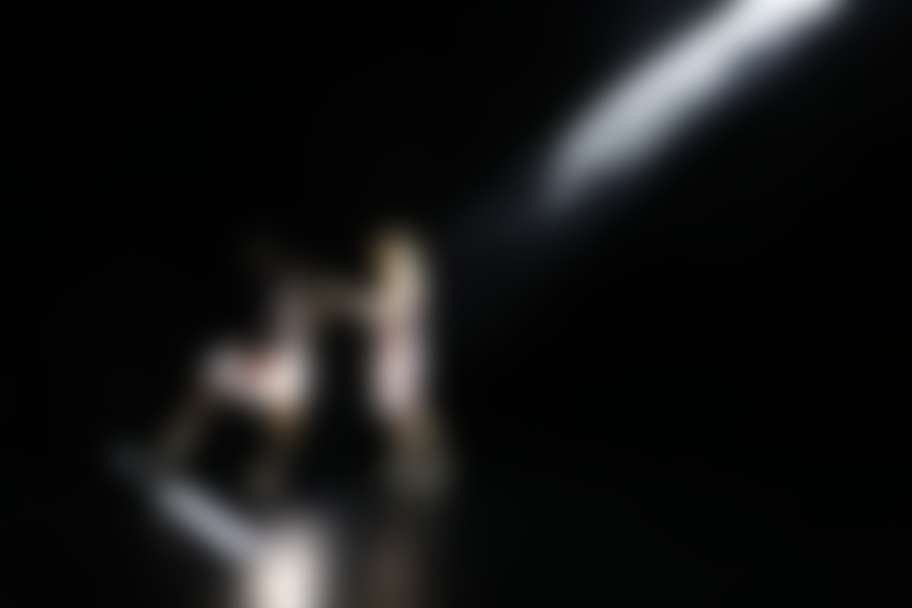 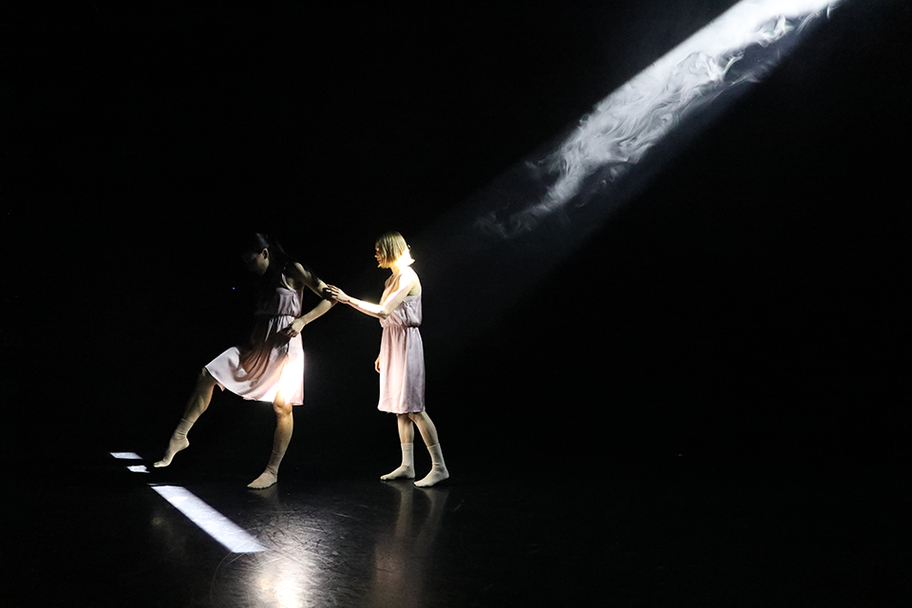 no speaking left in me

ISHIDA Dance Company presents an evening of world premieres in contemporary dance that invite existential questions: no speaking left in me features works choreographed by ISHIDA, John Wannehag from Staatstheater Mainz and Stephanie Troyak from Tanztheater Wuppertal Pina Bausch and the Texas premiere of DOMA by Jeremy Galdeano and Vera Kvarcakova who have created works on Les Grands Ballets Canadiens and Nationaltheater Mannheim Tanz.

ISHIDA blends contemporary dance with theatrical elements while retaining the physicality and beauty of the human form from traditional ballet. ISHIDA presents unique narratives relevant to a modern audience that explore archetypal themes connecting to audiences' psyche and emotions. Two world premieres by ISHIDA include “when shall we three meet again” exploring a complicated relationship between three sisters and “i want to hold, darling” which derives from the historical context when families in Spain thousands of years ago buried the dead within their homes and ancestors tenderly watched over them to guide and comfort. The program will also include a poignant duet originally performed in Wuppertal by John Wannehag and Stephanie Troyak, and the Texas premiere of DOMA by Jeremy Galdeano, a French national and former First Soloist with Les Grands Ballets Canadiens and Vera Kvarcakova, Soloist with the National Theater Mannhein Tanz originally from the Czech Republic. DOMA was a part of Les Grands Ballets mixed bill Parlami d-Amore in May 2019, was presented at Carte Blanche DAC 2019 in Montreal, and selected for the Noverre-Young choreographers evening at Stuttgart Ballet. Their work was performed at the Joyce Theater last October and they have been commissioned to create a new work on Nationaltheater Mannheim Tanz in June 2023. This is only the second time their work has been presented in the US.

ISHIDA is a new world-class contemporary dance company based in Austin and Houston, Texas, featuring venerated dancers from many of the top companies in the world (Houston Ballet, Pacific Northwest Ballet, Ballet BC, NDT, Staatstheater Mainz, Royal Ballet of Flanders, and Tanztheater Wuppertal Pina Bausch). ISHIDA blends contemporary dance with theatrical elements while retaining the physicality and beauty of the human form from traditional ballet. ISHIDA presents unique narratives relevant to a modern audience that explore archetypal themes and invite existential questions: Where do we come from? Who are we? Where are we going? Such works enable audiences to gather meaning and emotional connection. ISHIDA’s poetic narratives prompt introspection to lead to greater kindness towards oneself and otherness.

Brett Ishida is Japanese American and grew up on a citrus farm in California’s Central Valley. Brett’s love for dance inspired her to move away from home at age fifteen when she received a full scholarship to the Kirov Academy and later to the School of American Ballet in NYC. She then danced with Boston Ballet, Oregon Ballet Theatre, where she first choreographed on the company, and Les Grands Ballets Canadiens in Montréal where she toured around the world. At Les Grands Ballets, she collaborated in new creations with choreographers and performed principal and soloist roles in repertoire by Nacho Duato, George Balanchine, William Forsythe, Jirí Kylián, and Ohad Naharin, among others.

She later graduated from UCLA earning a BA in Literature with emphasis in Creative Writing (Poetry), and MA in Montessori Education. She felt by combining those two worlds from her past, she could be a new voice in contemporary dance and started ISHIDA in 2019.

Brett Ishida’s work intertwines reflections of ancient timeless themes of Greek philosophy and poetry with subconscious memories which shape who we are and where we are going. Her company, ISHIDA, creates 'memory houses' for audiences where themes and characters build relationships and familiarity that might pull at our heartstrings in imitation of Life’s enigma.