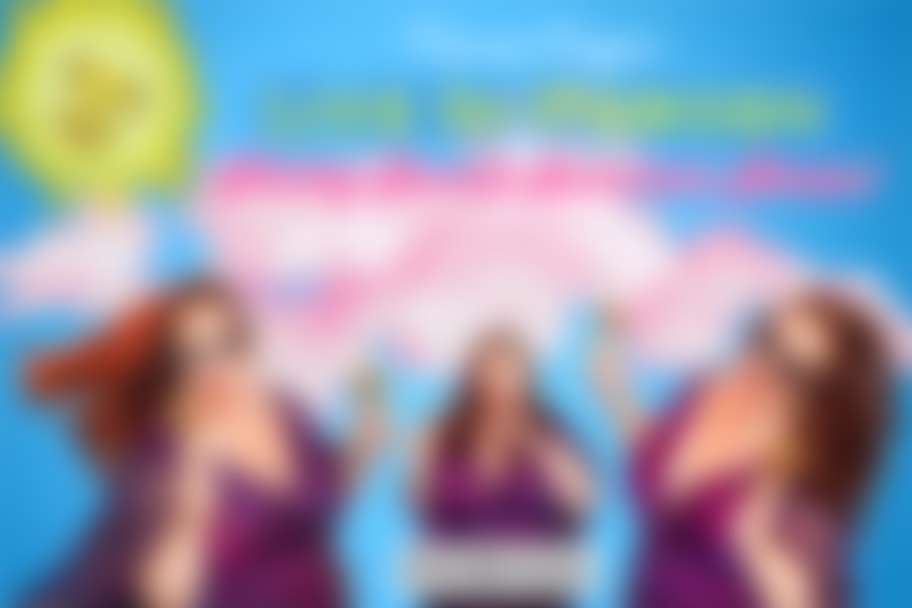 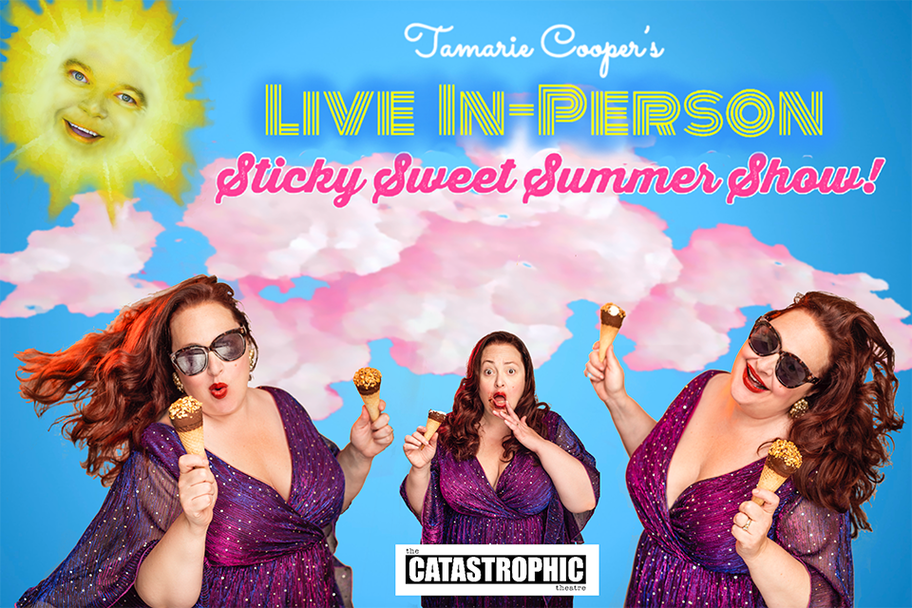 Did you miss out on the LIVE IN-PERSON event?? No worries! Watch the Video-on-Demand!!!

Purchase access to the Video-On-Demand starting at August 8 at 8:00 PM and watch the show as many times as you want through August 12 at midnight!

She’s baaaaaaack! Tamarie and her gang of merry misfits are returning to the stage—an actual stage—for a hilarious, irreverent, all-new musical extravaganza featuring an original score played by a live band and performances from some of Houston's funniest, wildest, quirkiest, sometimes raunchiest actors.

The Sticky Sweet Summer Show! explores, ponders, spoofs, laments, and celebrates all that it means to be alive in 2022. And what a time to be alive it is. Highlights include feral actors, dancing egg rolls, Tamarie’s 6th grade disco dance-off nemesis Charlotte Lloyd, a sassy chair, and your racist step-uncle Roy. A Houston summer tradition returns, sticky, sweet, and ready to rumble!

Tamarie says, “After sitting on my couch for two years straight it is exhilarating to be shaking my tailfeather in public again, to be tap dancing, belting out showtunes, and returning to the general ass-clownery that is The Tamarie Cooper Show. Fortunately, I have a wonderful team of artists, writers, composers, musicians, and designers who are also on this wild romp. Almost equally importantly, I have a good chiropractor!”

Tamarie needs a good chiropractor. She has been sitting on her couch for two years straight and she is getting ready to dance her ass off for you and it is a big ass and she is not young. She is getting older almost every day. In fact…

This year she is celebrating her 25th all-original musical, co-written by Patrick Reynolds and featuring crowd-favorite co-star Kyle Sturdivant and a company of TCS veterans and newcomers. What she used to call “a one-woman show with a cast of thousands,” The Tamarie Cooper Show has, for years, been a cult hit and can’t-miss Houston summer tradition.