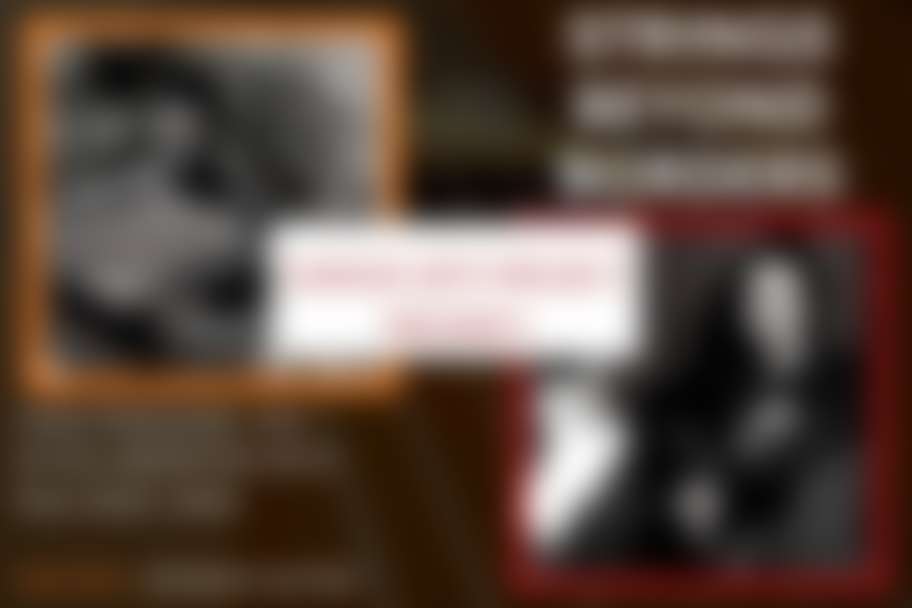 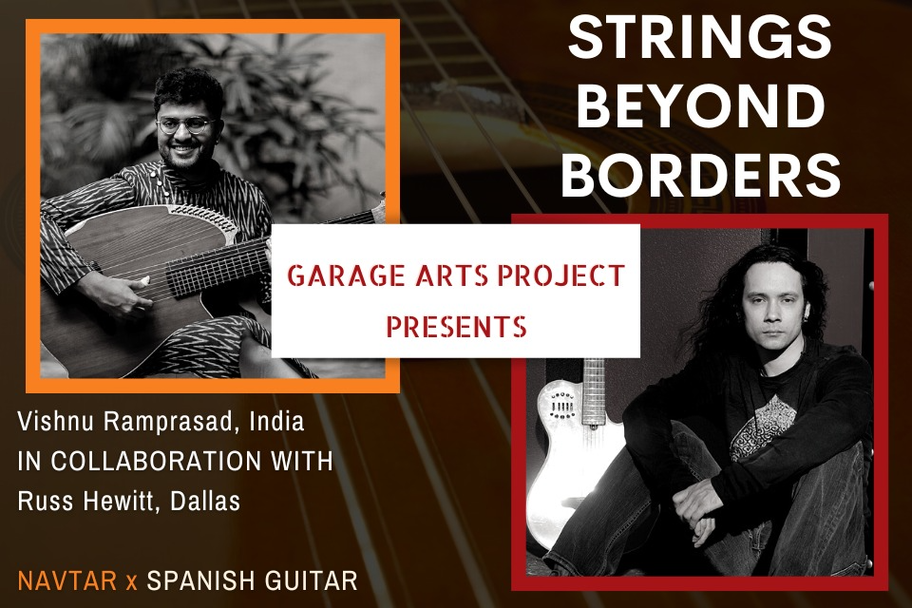 Garage Arts Project presents Strings Beyond Borders - a cross-cultural collaboration between virtuoso musicians Vishnu R and Russ Hewitt. They present a unique musical experience that can be best described as a global voyage - a journey transcending musical boundaries and uniting cultures through a celebration of the rich tapestry and textures of traditional and contemporary music. An immersive and irresistible blend of high energy and soulful Indian, Jazz and Spanish music - audiences can expect technical brilliance, mellifluous melodies, out-of-the-box improvisation and ultimately a wholesome experience of music at it's best!

Vishnu R is an award-winning performer, composer, inventor and patent-holder of the NAVTAR, a unique 9-string instrument that represents the best of Indian Classical melody & Western harmony. A Fellow of the US Govt. Bureau of Education & Cultural affairs, Vishnu has worked with leading stalwarts in the music industry including multiple GRAMMY-winning artists and producers. With performances across India, Europe and USA, he brings to audiences an irresistible blend of high energy Indian Classical, Jazz and Spanish fusion music. Vishnu's versatility and mastery of Indian and Western music has gained him several awards such as Grade 8 Distinction in Western Classical Guitar from the Trinity College of London, 'WINNER' of the Beyond Music International project, Karnataka State Govt. award and Pogo Amazing musician award to name a few. As a session artist, he has recorded for several Indian and International projects, films, productions and albums. He has given lectures and talks on Music, Innovation and Education at industry-leading forums and conferences.

Combining lightning guitar runs with unique rhythms provides an electrifying combination of sound and songs in Russ Hewitt's original music. Russ explains his style of play as "Fusing Spanish, Flamenco, jazz, Latin, Cuban and Brazilian together simultaneously without worrying about what particular rules that go with each style. A Latin/rumba base exists in all my songs but each with a distinctive movement".Holding a performance degree in Classical guitar from University of North Texas, Russ is a voter for the Grammy's and Latin Grammy's.  Russ Hewitt’s recordings 'Bajo El Sol', 'Alma Vieja' and 'Cielo Nocturno' resulted in five Top 40 Smooth Jazz singles, Grammy consideration multiple times, and has received reviews and press from all around the world.  A recipient of five Telly Awards, Russ composed music for the upcoming feature film “Thirst: Mission Liberia” that has already won a Silver Telly in the Spiritual – Faith category and a Bronze Telly in the Documentary category.

Garage Arts Project is a Texas-based non-profit organization dedicated to providing a platform for artistic exploration and collaboration between artists across all art forms and genre. Garage Arts Project thanks Bharathi Kalai Manram - Houston and Classical Arts Society of Houston for their support and sponsorship for this event.